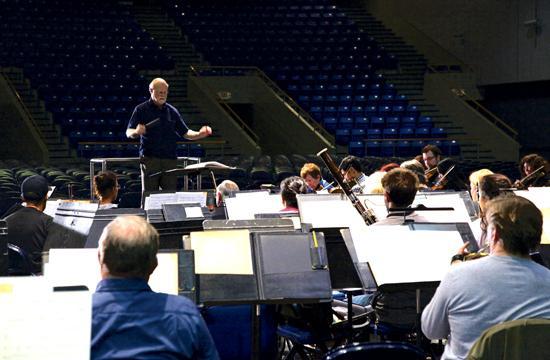 To ensure the long-term survival of the Santa Monica Symphony Orchestra, its 2012-13 concert season has been suspended.

The Santa Monica Symphony Association said it must recapitalize and have time to raise additional funds with the objective of returning for the 2013-14 concert season.

Board member Ron Davis told The Mirror the organization has had fiscal issues for several years.

“Unfortunately the symphony has been biting into their cash reserves over the last few years and what we opted to do was to postpone the season, 2012-13, and in that time build a better sustaining business plan as well as recapitalize the symphony to sustain it going forward,” Davis told The Mirror. “We felt we needed the time to do that rather than just jumping into the season.”

The 2013-14 season will also change venues to Santa Monica High School’s Barnum Hall due to the closure of the Santa Monica Civic Auditorium in June 2013.

Long-time conductor and music director Allen Robert Gross will no longer continue with the organization.

When asked if a new conductor would be found for the 2013-14 season, Davis said “That’s the likelihood.”

“There’s no need for a conductor if there’s no season next year,” Davis said.

The Santa Monica Symphony Orchestra is approaching its 70th anniversary. Its concerts in the 2011-12 season were open to the public at no charge, but donations were accepted.

Davis said the symphony would look to local businesses and foundations for contributions as well as other fundraising initiatives to boost its reserve.

To donate to the symphony or find out more information, visit www.smsymphony.org