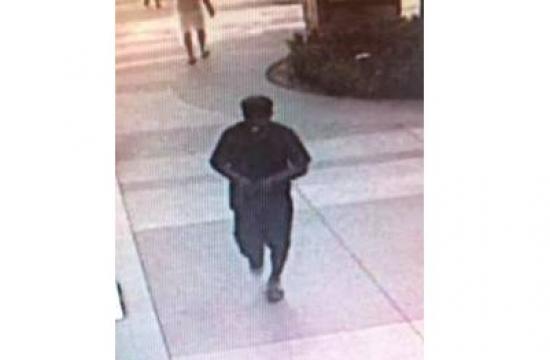 The Santa Monica Police Department released an image today of the man suspected of stabbing a 19-year-old man in what appeared to be a random attack at a bus stop near the Third Street Promenade on Monday, Aug. 13.

Santa Monica police received reports of the stabbing via 911 calls at 6:18 p.m. on the evening of the attack.

“The suspect, who had been walking in front of the victim, suddenly and without provocation attacked the victim,” Lewis said. “The victim attempted to flee across the street but was stabbed multiple times upon falling to the ground.”

Lewis said the suspect was seen fleeing southbound on 4th Street towards Broadway and out of sight.

“Video surveillance shows the suspect running southbound through the Santa Monica Place Mall, from the entrance at 3rd Street and Broadway,” he said.

Santa Monica Fire Department Paramedics responded to the scene and treated the victim, who was then transported by ambulance to a local trauma center where he received medical treatment for non-life threatening injuries.