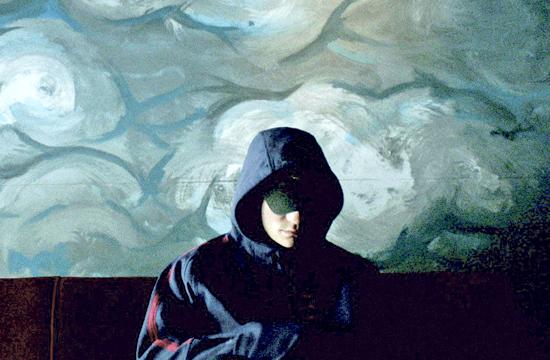 Sometimes, too much of a good thing can have damaging consequences.

Consider the wired world we all live in. You can stay connected with friends, coworkers, and family almost anywhere, anytime via an ever-growing number of electronic devices. And as people become hooked on technology, they often add more tools to their high-tech repository of gadgets.

How did you find out about the story of Nicholas Barclay and why did you think it would be an interesting documentary?

Layton: I found out about the story of Frédéric (Bourdin) before I found out the story of Nicholas (Barclay). I read about him (Bourdin) in a Spanish magazine. Before this incident happened he was already quite infamous in France. He was known as a chameleon because he had this reputation for having affected the persona of a damaged child and traveled across Europe for the purpose of getting into children’s centers and orphanages, basically relying on the social services of that particular country to look after him. I was intrigued enough just by that to do a bit more research and then found a couple of very detailed articles which talked about his time in Texas and how he had successfully stolen the identity of this missing boy. So really the starting point was that and trying to understand what kind of a human being would do something like this. Also, the other thing that I was equally intrigued by was the question of what kind of a family might fall victim to a crime like that.

Doganis: The first person we contacted was Frédéric and he wasn’t particularly difficult to find. He’s not a particularly shy man so we were able to find him on line. We found him in France and contacted him about doing a documentary about him initially and about episodes in his life. I think at the point Bart hadn’t crystallized that it was going to specifically focused around the episode having to do with Nicholas Barclay’s disappearance. In very short order, we brought him to London. Actually it was in three weeks after making the first contact. Bart sat with him for two days and did this incredibly exhaustive interview, which really covered pretty much the whole of his life.

What changed for you after your interview with him?

Layton: I had already found out about Nicholas and really wasn’t interested in just making a film that was just a biography of this man. I felt what this story offered was an entry point into something that was going to be a more interesting story which is not just about deception, but it’s about self deception because clearly there are two parties that have to be complicit in this crime and the victims have to have some need to believe that this individual is not their flesh and blood. Most people feel that is an incredibly difficult thing to relate to. How could you mistake your own son who had blond hair and blue eyes for someone who is a dark French Algerian? Of course, that, I think, is a really big part of what this story is about – rather than it just being about him. It makes you question what human beings are capable of in deceiving themselves if they desperately need to believe something that is glaringly not true.

How did you track down the family?

Layton: Well, the co-producer of the film is a young woman called Poppi Dixon. We sent her to San Antonio to locate the family and try to talk to them about our proposal. Really, what we wanted to ask is whether they would be willing to tell their side of the story in their own words. We were very clear about what we were going to be asking and we were also clear that Frédéric was going to be interviewed. We weren’t holding anything back. Poppi was able to find them and initially they were very hesitant because they had taken part in a couple of media interviews before. There was something in The New Yorker magazine and I think they felt they hadn’t come out well from that and they were circumspect that it was going to happen again and that they might get burned again. What we said was that there was not a hidden agenda and all we really wanted was to hear their side of the story. I think they felt they never really had the chance to do that.

Did anything surprise you during the shoot?

Layton: I think because the story is, to use a cliché, so much stranger than fiction, you really kind of don’t believe that it really did happen in that way, so when you sit down with the people who were really involved with it, who lived with him as their son, and for him to have actually perpetrated this unthinkable crime, is astonishing. It’s absolutely incredibly surprising and one of the things that was most surprising was the very conflicting versions of the same event and so you would go from one interview one day with a very clear idea of what had happened, and then the next day you would come away with a completely opposite conclusion, and that was very surprising. And then the job for us was how do you make sense of all of that.

What were one or two of the most surprising moments for you?

Layton: Well I suppose it was incredibly surprising to hear the sister tell the story of her journey to retrieve her brother and then for her to describe the moment at which she found him and the emotion of reconnecting with this brother who she hadn’t seen for four years. We know it couldn’t have been her brother, yet she describes it in such an emotional way and she’s says ‘I have him, he’s here – I’ve got him and he’s okay.’ It’s incredibly difficult to know what to make of that. Was it because she wanted it to be the case so badly that she was kind of blinded by the reality?

What about the intriguing mysterious possibility posited by the private investigator?

Layton: As you see in the film, it’s a question that’s put to them, (the family) but I think there are certain things in the film that we would rather leave for the audience to discover.

Your secret is safe with me… Frédéric was so at ease on camera that I almost thought he was an actor telling a story. Did you find him chilling?

Doganis: I think what you’ve identified is that he is brilliant in a kind of twisted way. He’s got a kind of perfect pitch for human emotion. You know how some people who have never studied music, can bang out a tune on a piano because they grew up in a bar where there was a piano? He’s got that. He’s grown up lying and manipulating and figuring out ways ‘round institutions and bureaucracies and kind of caring, well-meaning adults. He’s got this ability to intuit what people want and what people need to hear and uses that to his own ends. Also, he has this way of creating a story that suits his ends out of verifiable facts, even though those facts have nothing to do with the story.

As you worked on the film, did your opinions change about him or any members of the family?

Layton: We didn’t spend a lot of time with him. I think one of the interesting things is as human beings it is our natural instinct to want to believe what you hear. If someone is telling you a compelling story, you want to believe it and he relies on that very heavily. It was something we wanted the audience to be able to experience directly. When you go to this movie, he looks you in the eye and you hear him tell the story he wants you to hear. That was something we wanted to put the audience on the receiving end of because when you do sit with him, to answer your question, you go through a range of different emotions. You feel sympathetic towards him, but you also begin to wonder how much is he doing to you, the interviewer, that he does to everyone, which is to play on your emotions and manipulate.

Is he a sociopath?

Layton: I’m not qualified to answer that, but that manipulation was something we wanted to defer to the audience.

Doganis: So the film doesn’t make that decision for you. You have to watch it and think ‘Oh my God, what do I believe.’ All the questions you are asking are absolutely right but those are questions you want the audience to have. Is he a victim? Is he a perpetrator? Or he’s both? Similar questions might be asked about the family.

In a way, the film reminded me of a much darker “Catch Me If You Can.”

Layton: Yes, and how about “The Talented Mr. Ripley?”

Well yes, but that character was a really evil guy who murdered people, whereas Leonardo DiCaprio’s lovable character of Frank Abagnale Jr. was not an evil guy. He was just a super, super brilliant guy who did not intend to deliberately hurt anyone.

Layton: And now works on the side of law and order.

PR person enters and signals the end of the interview.

I need them for another two hours (laughter). I just wanted to say congratulations. The film is brilliant and quite unforgettable.

Layton and Doganis: Thank you so much. You’re very kind.