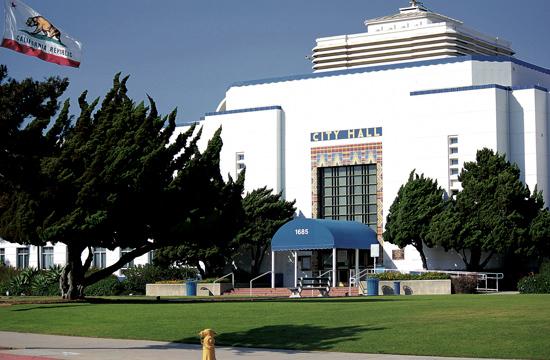 Editor’s Note: The article has been updated as of 10:15 a.m. Friday, Aug. 24 to reflect the addition of Armen Melkonians. He had officially been ruled out as a qualifying candidate for the ballot, but he challenged the LA County Registrar office’s ruling that he did not have enough valid signatures and won.

The Santa Monica Mirror will host its “Hometown Forum,” a 90-minute question-and-answer debate with candidates for the Santa Monica City Council on Wednesday, October 10 at 6:30 p.m.

Melkonians submitted his petition on Aug. 15, but the LA County Registrar office deemed he did not have 100 valid registered Santa Monica voters. However, Melkonians challenged the decision and on late Thursday, Aug. 23, was confirmed as an official candidate.

Candidates will answer questions that the Santa Monica Mirror will solicit from the community at large and from neighborhood and local business associations.

Admission is free and residents are encouraged to attend.

A total of 20 people pulled papers for the City Council race.

The first three to drop out were Steven Senft, Jon Beau Lee, and Fred Lotterly. They did not submit their petitions before last Wednesday’s extended deadline.

An additional two candidates submitted petitions, but did not qualify: Michael Shaver and Linda Armstrong. Acting Santa Monica City Clerk Maria Stewart told The Mirror neither of these candidates were contesting the non-qualification decision.

To qualify, the LA County Registrar office had to verify each candidate’s petition had at least 100 registered Santa Monica voters sign each of their petitions. However, a registered voter can only sign four petitions and the registrar invalidated any signatures submitted after the first four.

There are four open seats: two held by incumbents Gleam Davis and Terry O’Day; the other two seats are currently held by Mayor Richard Bloom who is running for the 50th Assembly District and Bobby Shriver who chose not to seek City Council re-election.

Meanwhile, the race for the Santa Monica-Malibu Unified School School Board will officially have six candidates vying for the three open seats.

Three of those candidates are incumbents who live in Santa Monica: Board President Ben Allen, member Jose Escarce, and member Maria Leon-Vasquez.

Santa Monica resident Greenich Chase filed his petition , but did not qualify for the ballot, as he did not have enough valid signatures.

Jake Wachtel, who pulled papers on July 20, did not return his petition.

The two seats up for grabs on the Santa Monica Rent Control Board will be fought out between three candidates at the Nov. 6 general election.

There will be an absence of candidates for the Santa Monica College Board of Trustees on the Nov. 6 ballot.

Three seats are open, but only three candidates pulled papers to be part of the race.

Since no one filed to run against them, the three incumbent SMC trustees seeking re-election – Susan Aminoff, Robert Rader, and Margaret Quinones-Perez – are automatically elected unopposed.