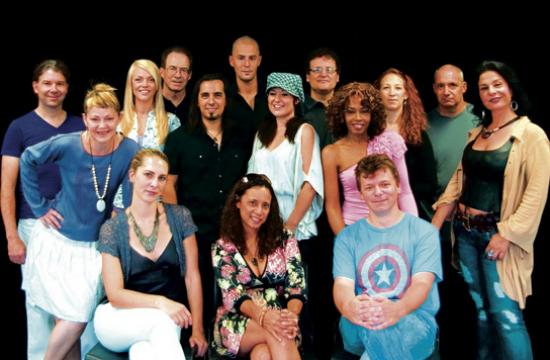 The music from Cirque du Soleil’s enduring mystique will be showcased during the sixth night of the Twilight Concert Series tonight, Aug. 9.

KCRW DJ Marion Hodges will introduce a night of vastly different music to cater to our assorted melange of tastes.

Produced by PARADE – a program that aims to provide encouragement, support, and resources to artists who pursue endeavors outside of Cirque du Soleil – the show will present 19 musicians from three Las Vegas-based shows.

“We want to create an atmosphere that captures the spirit of collaboration, and exposes the audience to a diversity of music,” says Cirque’s director of Global Citizenship Pam Gregory. “Highly accomplished musicians will infuse the Pier with their unique sounds of jazz, funk, tribal symphonic, African, pop, and rock ‘n’ roll.”

The Bellagio’s “O,” Treasure Island’s “Mystère,” and New York-New York’s “Zumanity” has aided in the company’s success. Since its initiation in 1984, Cirque du Soleil has left its footprint on more than 40 countries, 300 cities, and six continents.

Serving to a melting pot like Santa Monica should come as no unknown for the highly-esteemed show.

“Many of our musicians will be playing a mixture of old and new material,” explains Gregory. “We also have a couple of groups that are collaborating for the first time and will be debuting new music.”

Melle Vasquez of “Zumanity” will present soft but wholesome sounds that resonate ambient rock with a twist of American folk. Vasquez is scheduled to play a few selections from her latest “Better Late Than Never,” which dropped earlier this year.

“At Cirque du Soleil, we truly believe accessible cultural events are vital to a strong community,” Gregory says. “The Twilight Concert Series provides an opportunity for some of the musicians and singers who work on our shows in Las Vegas to showcase their own material, and allows Cirque to contribute to an exciting and vibrant community event in Santa Monica.”