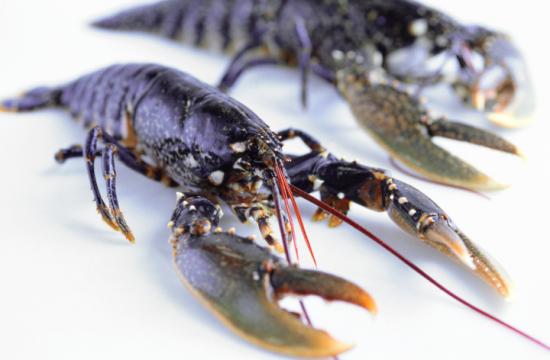 On Friday, July 20, at 5:34 a.m. officers of the Santa Monica Police Department were on patrol and checking the area of 1600 Appian Way when they recognized a pair of individuals who had been previously arrested and were known to the police.

These two were in violation of a municipal code by camping on the property. The officers spoke with the two men (whom they were “acquainted” with) and as they were doing so they noticed that one of the men had a duffle bag.

This bag aroused the suspicions of the officers so they conducted a consensual search of the bag and found 10 live lobsters that had been illegally caught.

The officers measured the lobsters and discovered that half of them were undersized (a fish and game violation).

The officers took some photographs of the arthropods and returned them to their natural habitat (the ocean, and not a tank in a restaurant).

The suspects were taken off to jail where suspect number one, aged 34, and homeless, was charged with illegally possessing a lobster, illegally possessing a creature, and the municipal code camping violation, and suspect number two, another homeless man aged 21, was charged with the municipal code camping violation.