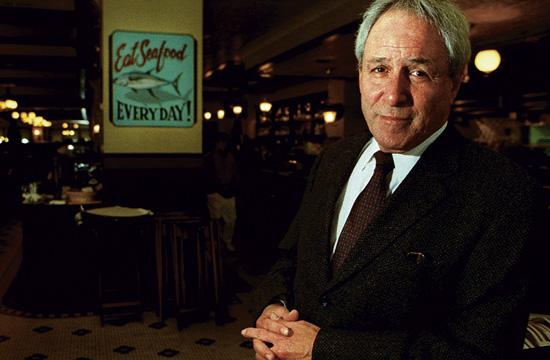 For more than 50 years, Martin Jeffrey (Jeff) King, has dedicated his career to the promotion of guest-first hospitality and operational excellence in the restaurant industry.

King is Chairman of the Board and Co-Founder of King’s Seafood Company. He oversees the long-term financial planning, sales, investor relations, and property management of six concepts and 18 restaurants.

King’s passion for restaurants and hospitality is the result of a long-standing family tradition. From a young age, King helped his uncle and father who owned a number of King’s Restaurants in Southern California.

A graduate of Hamilton High School in Los Angeles, King was a member of the Elysian Class. He received an Associates Degree from Santa Monica College and a Bachelor of Arts Degree in History/Political Science from UCLA.

In 1978, King became president and large stockholder of King’s Restaurants Inc. He helped conceptualize, build, and operate 13 restaurants. After the business was purchased by Tiny Naylors Inc. in 1981, King established Hospitality Consultants Ltd.

Shortly thereafter, he was hired as the Director of Food Services for the Los Angeles Olympic Operations Division in 1982.

In 1993, URG was renamed King’s Seafood Company to reflect the King family tradition and focus on high quality seafood. Since that time, King has helped nurture more than 16 additional restaurants with award-winning concepts including Ocean Avenue Seafood in Santa Monica.

King has held a plethora of leadership positions within respected restaurant associations and educational institutions. He has served as a Board Member of the California Restaurant Association (CRA) for more than 25 years. Within that time, he has held positions as Second Vice, First Vice Chairman, Chairman, and Chairman Emeritus. He has served as a Board Member on the Los Angeles Convention and Visitor’s Bureau, the Santa Monica Convention & Visitor’s Bureau, and the Northern Arizona University Hospitality Program.

Your experience in the restaurant industry dates back to 1955 when you helped your father and uncle operate the family-owned King’s Restaurants in the Los Angeles area. You recently opened PierBurger on the Santa Monica Pier, what trends have you seen develop in the industry?

Operators in the hospitality/restaurant industry in the U.S. continue to seek “niche” opportunities as specialists rather than generic operations. Specialty burgers have been hot for some time; Shake Shack NY, 5-Guys, The Habit, Smashburger, The Counter, and King’s with PierBurger attracted by signature pier location and featuring “Frozen Custard” are good examples. Ethnic establishments such as Roy Choi Korean tacos, a multitude of Hispanic cuisines like Mexican and Salvadorean, as well as Classic Mixologist gastropubs are becoming popular. There are also fast-casual chains such as Chipotle and Veggie Grill that are doing well.

As a California Restaurant Association board member and past chair of the organization, how do Santa Monica restaurants compare with the rest of the state?

Santa Monica restaurants are well represented here. The California Restaurant Association is the oldest trade association of its kind in USA. It represents more than 5000 operators/30,000 operations. The annual Burns Dinner at Casa del Mar in Santa Monica is always a sell-out. CRA is also a political/legislative, education programs, and “pro-start” for California high schools and entitlements for different cities across the state.

You currently serve on the Santa Monica Convention and Visitors Bureau’s board and you are a past board member for the Santa Monica Chamber of Commerce. How do these organizations and the City support existing restaurants as well as attract new ones?

The Santa Monica CVB and The Chamber have a full calendar of annual events and groups to promote the hospitality industry. On these boards, operators are able to deal with City entitlement and legal issues and may sit across from the City Manager and department directors, on a very collegial basis.

This Friday, the SMCVB and The Chamber are presenting the “Indulge” and “Summer At The Shore” events that celebrate cuisine. What are your thoughts on these two large strategic organizations coming together to represent the hospitality industry?

The Indulge and Summer at the Shore events are sure to provide excellent exposure for restaurants and chefs, which replaces the past Taste of Santa Monica annual event. Both the SMCVB and The Chamber are again helping lead in drawing people, groups, and events to our unique location. Past occupancy levels for hotels and sales volumes of restaurants reflect this cooperative attitude.

What challenges does the hospitality industry face in Santa Monica?

Ongoing growth of incoming hospitality organizations is an issue with three to four new hotels, many new restaurants, and development in east Santa Monica. We will have to properly prepare for a magnitude of issues to accompany it such as traffic, alcohol control, great public access with sanitation, and security.