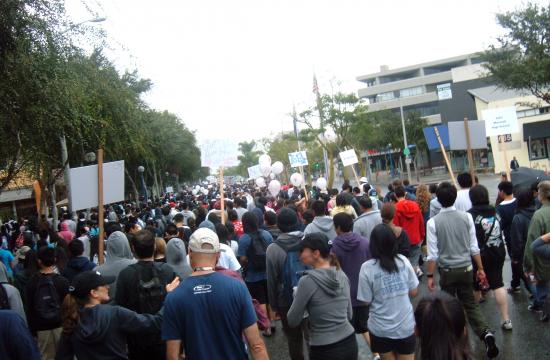 According to news reports, AIDS Walk Los Angeles founder and producer Craig Miller has sued Santa Monica, filing a lawsuit Sept. 24 that claims the BBB policy is in violation of the First Amendment’s free speech protections.

The suit seeks to have the BBB policy disallowing non-commercial advertising as unconstitutional. Also sought is an injunction that, if granted, would prohibit City Hall from prohibiting an AIDS Walk Los Angeles advertisement for the BBB.

The legal matter directly follows a discussion council members held Sept. 11 when Mayor Richard Bloom introduced a motion to review the public transportation entity’s long-standing but only recently enforced policy of not allowing non-commercial advertisements on its buses. That motion was made after AIDS Project Los Angeles – which annually seeks advertisements to promote its AIDS Walk Los Angeles event – protested the aforementioned BBB practice.

According to AIDS Project Los Angeles, it had previously been allowed to purchase from BBB advertisement space to promote its annual AIDS Walk Los Angeles event.

City Manager Rod Gould pointed out the allowance of non-commercial advertising on the BBB in recent years was a failure of administration.

“The current policy of the Big Blue Bus was not adopted to harm AIDS Walk LA. But it was adopted out of the recognition the court decisions on the First Amendment do not allow us, once we open a forum, to distinguish based on message content,” Moutrie said at the Sept. 11 council meeting.

The city attorney added there is an unfortunate legal distinction that does allow for discrimination between non-profits as a class and commercial entities.

AIDS Walk LA had hoped to advertise on the BBB in time for its signature event, which is scheduled to take place Oct. 14. About 30,000 people volunteers participated in AIDS Walk Los Angeles last year, according to the organization’s estimates.