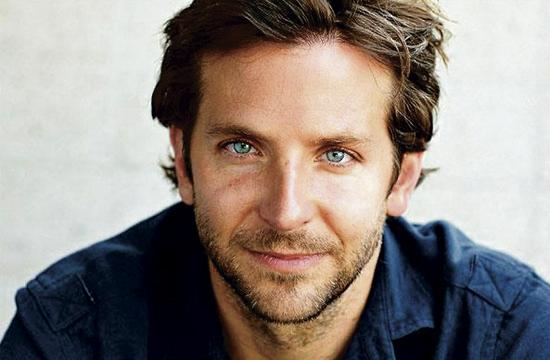 Bradley Cooper’s professional career was launched playing opposite Sarah Jessica Parker in the television series “Sex and the City,” but his breakout role was in the highly successful “The Hangover” that catapulted him into one of Hollywood’s most sought after actors. He reprieved his character of Phil in “The Hangover Part II” and is currently filming “The Hangover Part III. He also had a co-starring role in “The A-Team,” and recently co-starred with Robert De Niro in David O. Russell’s “Silver Linings Playbook.” Voted the “Sexiest Man Alive 2011” by PEOPLE, Cooper recently participated in a press conference to promote his latest film, “The Words,” a story about a writer who steals another man’s manuscript and pushes it off as his own. The film co-stars Jeremy Irons, Dennis Quaid, Zoe Saldana, and Ron Rifkin.

The following has been edited for content and continuity for print purposes.

You seem like a really nice guy. How did you go about developing the slime bag side of your character Rory Jansen?

Cooper: Maybe I failed you because I don’t see Rory as a slime bag at all. I see him grappling with what it is to be a man and I think his Achilles Heel is impatience. The thing that I really liked about the script, and the hook for me, was the fact that he is actually a good writer. He’s not a poor writer looking for any way to get success. He’s a writer that has talent, but he’s preoccupied with living up to some idea of what he thinks he should be, and that’s his fatal flaw. I don’t think that makes him a slime bag.

You’re such a regular guy, so were you nervous about working with the most elegant Jeremy Irons?

Cooper: My excitement of working with him superseded any nervousness. I don’t know if you’ve met him or not, but he’s a very welcoming individual and like a lot of great actors, he makes you feel comfortable. The same can be said about Robert De Niro and Liam Neeson. All of these icons that I’ve worked with had one thread in common, and that’s normalcy. These are very normal guys. I mean as normal as very awesome looking men with voices like God, could be (laughter). These two guys had never directed a movie before (Writers/Directors Brian Klugman and Lee Sternthal) and Jeremy Irons shows up and he makes everybody feel completely at ease. I mean he could have just come in like a wrecking crew and destroyed everything, but he didn’t. It was quite the opposite. We had to do it in 25 days and he had tons of dialogue. It’s not like it was ‘let’s talk about the scene and let me take my time and figure out where I want to sit on the bench.’ It was like we have to do this now and boom, we’d shoot the scene and he was game. Everybody was game, which is why the movie worked.

This is a very different kind of role. Did you find it challenging?

Cooper: I was very scared that I was going to fail these two guys (referring to Klugman and Sternthal). When they asked me to do the role, I said yes. It was a week before shooting and I was reading the script one last time. They knew I was worried and I called them and they helped me sort of get the hook. I loved the fact that he was a good writer; otherwise he would be delusional, but the fact was he was just impatient. That’s what I liked about the script. It’s so complicated. It’s not like he set out to plagiarize at all. The only reason why he downloads the script as written was he wanted to feel what it was like washing over his fingers and it’s not until his wife (Zoe Saldana) looks at him the way he wants her to look at him for the first time that he’s seduced by that. He’s not man enough to say that’s not me. And then his publisher, (Ron Rifkin) when he does come clean, which is a wonderful aspect of the script, says keep lying. He doesn’t say you’re right, you have to take your name off the book and we’ll suffer the economic consequences. He actually says no motherf….., you have to deal with it and she (his wife) has to deal with it too. Then when he goes to the old man (Jeremy Irons) and wants to give him the money back, he says no, keep doing it. So it much more complicated than just a plagiarist who wants success. His goal is not to be a famous writer. His goal is to meet the expectations he has of himself.

I’d like to go off topic for a moment and ask you what are the pros and cons of being voted the Sexiest Man in America?

Cooper: Oh me too. I want to talk about that (laughter). Could we dim the lights? (laughter) What the question again? (laughter)

The pros and cons of being voted the Sexiest Man in America – now don’t blush.

Cooper: It was very shocking and I think someone made a mistake, but, yeah, it’s very nice and fun.

Is there a downside and what did your family say?

Cooper: There is no downside and my family was thrilled.

Do you try to capitalize on that?

Cooper: I try to. I start every conversation with, ‘You do know…” (laughter). I started a web site and have a blog too and a weekend retreat next Sunday and if you want to come, just leave your address (laughter).

Are you excited about “The Hangover Part III?”

Cooper: Yes. We have great actors coming aboard this third one. I love Phil. I love my character.

Going back to the beginning of your career, did you audition a lot before you landed a role on “Sex in the City?”

Cooper: I was working the graveyard shift at the Morgans Hotel on 38th and Madison Avenue (New York City). You guys need a taxi? (laughter). I still got it! (laughter). Anyway, I was doing one audition after another and I auditioned so much that I didn’t believe you could actually book a job (laughter). If I got a couple of callbacks, that was a very successful week, but I always had another job. With “Sex in the City,” I was actually very frightened because I didn’t know if I could do the job. I didn’t really understand the concept of actually booking a job. So for me rejection was normal and getting it (the part) was odd (laughter).

Do you feel pressure about what you are going to do next?

Cooper: Honestly, I don’t really look at it that way. My goal is to grow as an actor and that’s what I look for in a script.