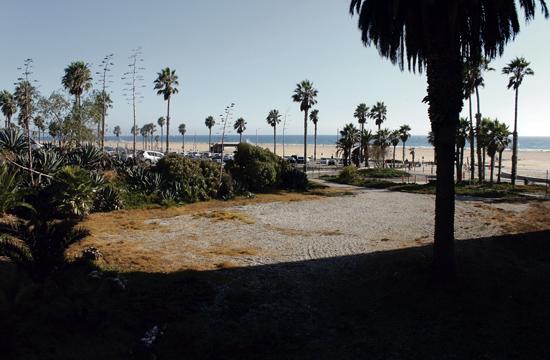 Seeing an opportunity to bring in a large sum of money to fund future affordable housing projects, the Santa Monica City Council earlier this month approved the sale of a vacant piece of beachfront property for $13.15 million.

Terms of the lease called for a five-day escrow period, meaning the sale was officially consummated earlier this week and City Hall has already relinquished its ownership of 1920 Ocean Way.

A half-acre plot of land, the property is located next to the Casa del Mar hotel, which is owned by Edward Thomas Hospitality Companies (ETHC). Coincidentally, ETHC was the buyer of the vacant land.

“(The) purchase offer represents the best combination of highest price, no contingency or due diligence period and shortest escrow period,” city staff stated. “The key terms of the (ETHC) offer include a $13,150,000 purchase price, $2,600,000 good faith deposit, no due diligence and a five-day escrow period.”

According to city staff, in November 2011 council members authorized the solicitation of offers to sell 1920 Ocean Way “after making a determination that the Property is no longer needed for any public purpose and is deemed to be surplus property.”

There were two other offers reported by city staff in its report to council members. One offer was for $13.1 million, or $50,000 less than the ETHC deal. Other terms of the offer included a $300,000 deposit, a 30-day due diligence period, and a 60-day escrow period.

The third offer was for $15.75 million with a $500,000 deposit, a 60-day due diligence period, and an undetermined escrow period that was contingent upon receipt of entitlements. The party of the third offer also sought to be an equity partner, whereas ETHC and the part of the second offer both had cash on hand for the sale.

City staff did not reveal who made the other two offers.

“We recommend funds from the sale be deposited into the Housing Trust Fund in order to support immediate affordable housing needs, including several developments that are at risk as a result of the dissolution of redevelopment,” Housing and Economic Development Director Andy Agle said.

Santa Monica resident Ellen Hannon said she hoped for more due diligence to be taken as to what ETHC would do with the property.

“If I were sitting up there in your seats, I would definitely ask in any negotiations, I would ask these people at Casa Del Mar and Shutters, ‘Well, what, exactly, do you plan on building there,” Hannon said to council members. “I would like to know what is going on at my beach.”

Council member Bobby Shriver voted against the proposed sale. He said he was worried about the expediency of the sale. Not only did the land-sale have a five-day escrow period attach to it, but also he felt there was not enough public input and involvement in the transaction.

“The price is too low,” he added. “The fact that someone wants to close in five days generally speaking … means that that person is very eager to be done with it. That means the person thinks they are getting a tremendous deal and wants it done right away.”

Shriver added that because of the land’s strategic location, Casa Del Mar and Shutters would always be a prospective buyer for the property and hence there should be no rush to sell the land immediately.

“Any sense of pressure or ‘we better sell it now because the $13.5 million may not be here tomorrow’ is wrong,” he said. “This company will always pay absolute top dollar, as they should. There’s no danger, tonight, that this deal will go away.”

Mayor Richard Bloom pointed out the property at 1920 Ocean Way has been on the market in some form since 2007. He added waiting any longer assumes the land’s value would continue to increase, but making such an assumption is risky.

“It’s possible that we could do something that might result in more revenue from this sale, but I haven’t heard what that might be,” Bloom said.

Council member Kevin McKeown tried to put some perspective about the land sale and its potential uses.

“We are selling the property. We are not selling any entitlements,” he said.

McKeown added the property is currently zoned as R-4, which means it could only be used for residential purposes.

“We need this money now because we want to continue to build affordable housing in this community,” Mayor Pro Tem Gleam Davis said.

City Hall owned the land at 1920 Ocean Way since July 1979. Almost 22 years later, the council “reaffirmed its commitment to use the property for affordable housing.”

A few months later, the council sought to acquire the property at 1828 Ocean Avenue. One option considered by City Hall was to possibly swap the 1828 Ocean Avenue property with 1920 Ocean Way. However, a deal was never consummated.

The property owners at 1828 Ocean Avenue maintained interest in a land swap as late as 2006.

City Hall has been in negotiations to sell the land in one form or another since then, before finally approving the sale Sept. 11.