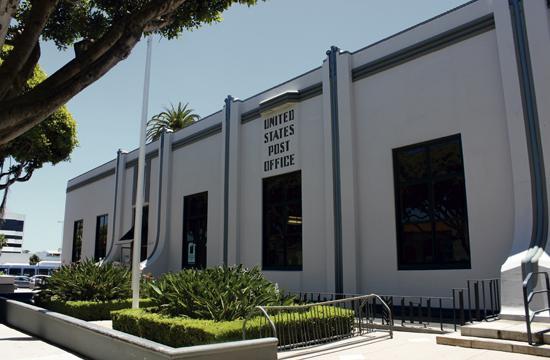 Congressman Henry A. Waxman this week sent a letter to Shoshana Grove, Secretary of the Postal Regulatory Commission, appealing the decision by the United States Postal Service (USPS) to close the Santa Monica Post Office.

In the letter Waxman states that USPS did not follow proper procedure on rules governing the post office closure by failing to provide adequate notice to the community, not considering the impact on the community, and failing to notify the community of fiscal impact of the closure.

He requests that the Postal Regulatory Commission ensure that USPS follow appropriate procedure and suspend its efforts to close the post office until completion of the appeals process.

Below is the letter printed in full.

As the Representative of California’s 30th Congressional District, which includes the City of Santa Monica, I am writing to appeal the United States Postal Service’s (USPS) decision to approve the closure of the Santa Monica Post Office located at 1248 5th Street and to consolidate its operations at the Santa Monica Carrier Annex located at 1653 7th Street.

The 5th Street Post Office is a classified station of the Santa Monica postal installation. In its August 17, 2012 Notice of Approval, USPS described the closure of the 5th Street Post Office as a relocation. USPS’s decision to terminate all postal operations there, however, and its stated intention to sell the historic building constitutes a discontinuance, which is defined in Handbook PO-101 as “an action in which an independent Post Office, Classified Station, or Classified Branch is permanently closed or consolidated.”

In its decision to close the 5th Street Post Office, USPS failed in a number of instances to comply with 39 CFR 241.3, which establishes the rules governing USPS’ decisions on post office closures.:

1. Notice — USPS failed to provide the community with a 60-day notice of the proposed closure. Also, in its Notice of Approval, USPS failed to inform the public of the right to appeal a closure to the Postal Regulatory Commission within 30 days of the date the Final Determination was posted.

2. Effect on Community — USPS did not consider the effect of closing the 5th Street Post Office on the community it serves, nor has it communicated the benefits of the Carrier Annex to the community. The 5th Street Post Office, which is located in the heart of Santa Monica, is easily accessible to thousands of residents who walk or depend on public transit. Many seniors and residents with disabilities depend on the easily accessible facility, which has plenty of parking and is well served by multiple local and regional bus lines.

In contrast, the 7th Street Carrier Annex is in a remote location that raises serious questions about access and safety. The Carrier Annex is surrounded on three sides by the 10 Freeway and a one way off-ramp to the south, the Big Blue Bus Maintenance Facility and Bus yard to the west, and a S-lane stretch of Pacific Coast Highway to the north. On the northwest side, a planned light rail line will run down the middle of Colorado A venue and terminate at a still unfinished site on 5th and Colorado. Pedestrians currently served by the 5th Street Post Office would have to cross these light rail tracks to get to the Carrier Annex.

3. Economic Savings — The Notice of Approval does not give a specific reason for the closure beyond stating that “the reason behind this cost-reduction and revenue generation plan is the alignment of USPS workforce and infrastructure with a 20 percent drop in total mail volume over the past three years due to a diversion to electronic communications and business transactions, and other economic factors.” USPS has not provided the community with information about estimated economic savings of the proposed action. It appears, however, that the consolidation of the 5th Street Post Office at the remotely located Carrier Annex could result in a decline in revenue.

Finally, the 5th Street Post Office is a historic landmark that has been serving the residents of Santa Monica since its dedication in 1938. It is the policy of USPS that any facility project that will have an effect on cultural resources will be undertaken in accordance with Section 106 of the general provisions of the National Historic Preservation Act, 16 U.S.C. 470, et seq., Executive Order 12072 and Executive Order 13006. The Postal Service has failed to demonstrate how it intends to comply with this policy.