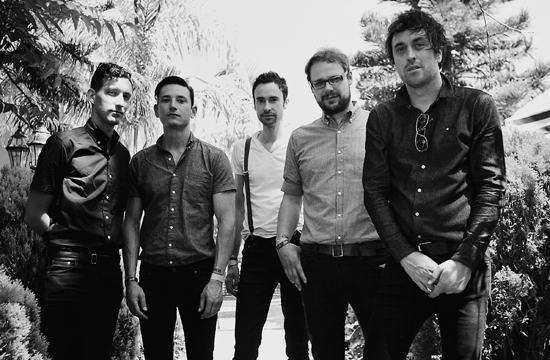 The heat relinquishing a bit serves as a reminder that this summer is coming to an end. Conclusively, so is this year’s annual Twilight Concert Series.

Some remarkable acts have pleased crowds well into the thousands over the past couple of months. And pier-goers have been exposed to music from all walks of life.

To wrap up the season, two local up-and-comers will bring down the house with their indie-rock sounds this Thursday, Sept. 6.

A Los Angeles native, Cosentino took the paradise she was born into for granted. Like a Southwest Airlines commercial, the young art student “wanted to get away,” and left for Brooklyn, NY. She would later find that the East Coast was too cold, both literally and figuratively.

“In New York there was this intense pressure to be a grown-up,” says Cosentino. “But here (in L.A.), it’s more laid back, and everyone’s a little bit afraid of growing up.”

Upon her return to the motherland, Cosentino dove into a homesickness-formed passion of music. Inspired by the very artists who kept her afloat while living across the country; the sounds of The Beach Boys and The Everly Brothers were comfort food for the young woman.

Though Cosentino had already dived into demo tapes unchaperoned, she decided she could use some help from an old friend (Bruno) fine-tuning her intentions, and Best Coast was born.

“Bobb’s from California, he grew up here, he understands,” Cosentino says. “He really, totally just gets it.”

Bruno’s accolades include opening for the likes of PJ Harvey and Wilco. And recording sessions with Mika Miko and Abe Vigoda have made him a notable name in the L.A. music scene.

“When I’m With You” exemplifies the artist’s California-ness, and embrace of her youthfulness. And while some of the tracks off of her newest album “The Only Place” may strike as a coming-of-age journey, the artist accepts her own naiveté with pride.

Echo Park’s NO is scheduled to open the stage with a trained sound that touches on notions of love from an uncomplicated standpoint.

“NO began as a response to the limiting idea behind the word – in an effort to reclaim it and reinterpret it as more than just an antithesis to possibility,” says the band.

“Stay With Me” off the group’s debut EP “Don’t Worry, You’ll Be Here Forever” is a refreshing approach to promote union. “Stay with me, won’t you run away with me,” sings Carter.

A sort of full-circle for societal norms of the generation at hand, it’s nice to see love songs gaining popularity in today’s market.

Though NO has only one EP released to date, buzz has been spreading from a residency in March at the Echo (of Echo Park). The band would also go on to perform in Austin, TX’s SXSW Music Festival, reaching a vaster audience than So-Cal.

The perfect way to round up the summer – two bands that exemplify the purpose of the TCS – a communal theme come full circle.