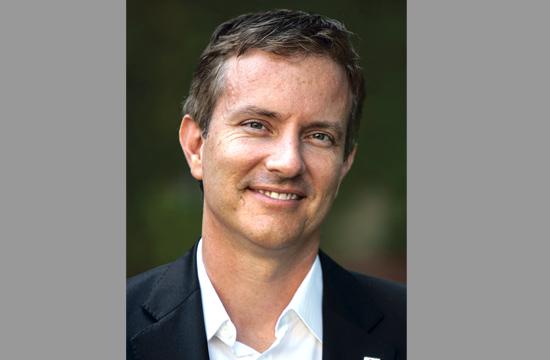 Imagine you are elected to the City Council and it is four years from now. How will you be remembered? On which issues will you lead the Council and the City?

That was my question for each of the 15 people running for one of the four City Council seats under consideration in this November 6 election.

Since the winning candidates will be responsible for deciding the future of the City, I thought they should tell us, in their own words, what they would want to accomplish as council members.

Click here to read part two with the other 10 candidates profiled.

Incumbent Councilmember and Environmental Executive, will continue and expand his work on the following issues:

“Led passage of Measure R in LA County, which generated the funding for Expo Line that brought the line to Santa Monica. Developed the LUCE as commissioner and councilmember, which re-envisioned the city as pedestrian-friendly, protected neighborhoods, and reduced projected global warming pollution from land use by more than 30 percent. Implemented the LUCE vision with bike investments, bus lines integrated with Expo, and protections for Pico neighborhood from Expo development. Helped remake downtown SM into a live-work-play center that is the most transit-rich, pedestrian-friendly city in Southern California.

Led the city to become the first in Southern California that stopped importing water from streams and rivers of Northern California and the Colorado River. This saved the people of Santa Monica money, improved their neighborhoods, safeguarded their water supply, prevented the extinction of multiple species, improved water quality at the beaches and reduced energy consumption and global warming pollution.

Found new ways to produce affordable housing, parks, and other priorities in Santa Monica after the state raided redevelopment funds. This enhanced the city’s diversity, reduced the affordability crisis, increased park and recreation space, and improved the livability of the city.

Supported the city’s partnership with the school district and college, which created the best learning continuum in California. Was a leader in passing Measure Y and extending city support of operations, then helped to pass Measure ES, which funded capital improvements in the schools. Each time the state threatened to diminish the quality of our schools, he backed them up and got them what they needed to serve our children and give them all an equal and high-quality start in life.”

“If I am fortunate enough to have served our community for four years, I will have accomplished the following: A “pro-development” minded council will change into a “community-first” minded council. No new developments received my support unless developers agreed to compelling benefits for the community to offset the impact the development would impose upon the community; Creation of the Traffic Congestion and Parking Commission – focused on improving traffic congestion and parking issues. For example, they will conduct risk/benefit analysis on road changes such as eliminating left turns on our busiest corridors, or developing a one-way street system on our busiest corridors; Parks are renovated and upgraded to include sitting areas with chess/backgammon/card tables, more exercise equipment is installed for our more-active residents and expanded/renovated playgrounds are completed for our children; Airport is closed in 2015. Funding is being secured for development of a great park with an amphitheatre for classical music and live theatre at the airport site; Mindful of responsible growth for our city, plans are underway to develop and use unobtrusive technology to capture solar, wind and wave energy making the city more self-sustainable. Eventually, this innovation will transform the city into an exporter of energy, creating more jobs, revenue and opportunity. A portion of the Airport site is used for the research, development and execution of this project.”

The City needs to be willing to use all means at its disposal, including its proprietary rights as airport owner and lessor to the operators there, and its rights to reclaim the westernmost parcel of land at the airport, to achieve this goal.”

“I will make two leaps to increase our quality of life; both will have lasting positive impacts – one will speak loudly – the other bark. I will introduce a brand new sustainable responsible growth policy – NetZAID – Net Zero Adverse Impact Development policy; and I will make Dog Park Beach a reality.

Zoning laws are developed through community input and physical constraints and are meant to insure our quality of life. The ability of a city to adequately service its residents and businesses through its existing infrastructure (i.e. traffic/ congestion) is not addressed through the Development Agreement policy. NetZAID will ensure that all development projects leave a net Zero Adverse Impact on our community.

Santa Monica is a built-out city and development agreements fail to address this. If our City is a bucket – it is full. We cannot increase the size of our bucket, we must insure that our bucket doesn’t overflow – this is NetZAID. Existing development agreements defy zoning codes – causing the bucket to overflow – decreasing quality of life. NetZAID recognizes our bucket is full and increases quality of life – the only job of City Council.

What I will be most proud of however? Making Dog Park Beach a reality – receiving licks, wags, and a woof-woof as appreciation. As a civil and environmental engineer, I will represent our four-legged community and bark out-loud. I will work with State Parks and Recs to eliminate any environmental impacts. I look forward to a ribbon chewing ceremony in the near future.”

“It is November 8, 2016: I thought I might watch the election results with lots of people at the local Democratic office. But I decided to watch it at home with my wife Marissa and our kitty kids Sunny and Polly. How exciting and historic to have Hillary Clinton as our first female president! Much more important than whether or not I’m re-elected to the Santa Monica City Council. But I do feel I have been a good Council Member, and many others in the community do as well. I always felt I would be a good member of our City Council. I’m honest, hard-working, and truly love Santa Monica. I’m a fast learner and already had loads of activist experience. I’m an independent thinker. Sometimes I even disagree with myself. But, everyone, including me, was surprised when I was elected in 2012. I’m glad that we saved Paul Conrad’s “Chain Reaction” landmarked peace sculpture. What a wonderful rededication ceremony. It seemed everyone was there. The City, the community, and the Conrad family all worked so cooperatively to make it happen. I’m happy the City is planting many more trees and our Urban Forest Task Force is doing such an ongoing tree-mendous job. I’m glad more people are now getting out of their cars and the Big Blue Bus was able to restore needed service previously cut. And the Expo Light Rail is running smoothly. Even better than we ever expected! I’m pleased with the revitalized Miramar Hotel and there’s lots of open space for student concerts. The Moreton Bay Fig Tree is the open design centerpiece! More adjacent affordable housing and loads of positive community benefits. With some minor design and logistic compromises, the project worked out to be a fantastic win-win positive endeavor for Santa Monica. I think the decision to close the Santa Monica Airport was a good decision. But there are still challenges ahead during the aircraft phase-out period and the community SMO land design process. What a relief that we were able to get more funding to help Emeritus College and bring back some lost classes. I do think it’s now time for Santa Monica to embrace the idea of starting an advisory S.M. Youth Commission.

And I’m sure pleased we were able to get a much-needed and long-overdue Santa Monica Dog Beach. So whether I’m reelected or not, I’ll still, as an activist, be attending all the City Council meetings. And yes I’ll continue holding weekly community input meetings at my bumper sticker table on the Promenade. Happy Thanksgiving, Happy Holidays, and Happy 2017. Peace.”

I join Jerry in wishing “Peace” to everyone. Read the next column as more of the candidates imagine the future. To meet the candidates in person, come to the Hometown Forum, hosted by The Mirror, Oct. 10, 6:30 p.m. at the Main Library, which is free and open to the public.