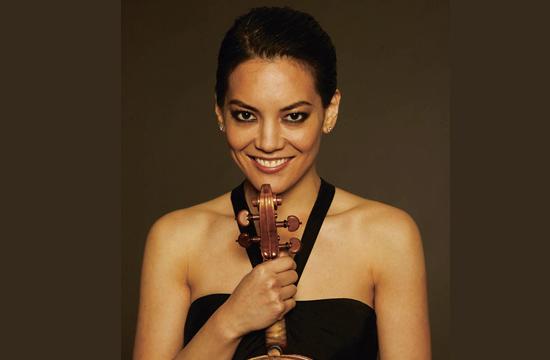 New West Symphony music director Marcelo Lehninger will make his first appearance in that role when he opens the 2012/2013 Masterpiece Series Season with the first Santa Monica concert entitled Marcelobration this Sunday, Sept. 30 at 4 p.m. inside Barnum Hall at 601 Pico Boulevard.

Violinist Anne Akiko Meyers returns as guest soloist to perform Samuel Barber’s Violin Concerto, Opus 14. The program opens with the Overture to Die Meistersinger by Richard Wagner. The Symphony No 8 in G Major, Opus 88 by Antonin Dvořák completes the program.

Brazilian born conductor Lehninger was named music director of the New West Symphony in May of 2012, becoming just the second music director in the orchestra’s 18-year history.

He is currently in his third season as an assistant conductor of the Boston Symphony Orchestra and has held that same post with orchestras in his native Brazil.

Lehninger made his first appearance with the New West Symphony in January of 2011 when he stepped in at the last minute to conduct three performances of a Masterpiece Series concert.

He returned in April of 2012 as a guest conductor to lead the orchestra in that month’s Masterpiece Series concerts.

Violinist Anne Akiko Meyers, a native of southern California, began her studies at the age of four, performed with a local orchestra at age seven and, at age eleven, twice performed on the “Tonight Show with Johnny Carson” and appeared with the Los Angeles Philharmonic.

The following year she made her New York Philharmonic debut with Zubin Mehta conducting. She has since appeared with all the major orchestras in the United States and internationally. On Valentine’s Day 2012 her latest CD Air-The Bach Album debuted at #1 on Billboard charts remains a bestseller on iTunes and Amazon.

The Hear & Now Live informative, pre-concert discussion about the music on the program begins 3 p.m. on Sunday afternoon. The programs are free and open to ticket holders for the respective performances.

The musicians of the orchestra are drawn from the rich talent pool of professional Los Angeles-area musicians.

The Symphony presents internationally-acclaimed soloists on its Masterpiece Series concerts.

It is the resident orchestra of the Oxnard Performing Arts Center, the Thousand Oaks Civic Arts Plaza, and Barnum Hall in Santa Monica.