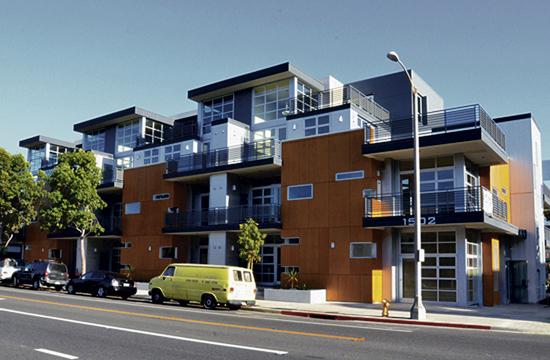 The property is located at 1548 Sixth Street near Colorado Avenue.

As part of the DA, city staff required NMS Properties to commit to a few community benefits.

“Given the limited scope and size of the project modifications, the level of community benefits proposed for this project is less than that negotiated from projects involving complete site development,” city staff said.

City staff added the project at 1548 Sixth Street features market rate units, with the exception of the new affordable unit requirement in the approved DA.

“All four of the new units to be added within the existing building, including the affordable unit, are proposed without additional parking being provided, based on the TDM Plan and the close proximity to public transit, including the future Expo station,” city staff said in its report to council members.

“The property owner would unbundle the parking through this Development Agreement. As parking becomes available, the affordable unit tenant(s) would have first priority to one available space at no cost above the set rent for a very-low income unit,” city staff stated. “If the tenant of the affordable unit opts not to have a parking space, the property owner may lease that space to someone else, who may or may not reside in the building.”

A mixed-use development, featured at 1548 Sixth Street are, according to city staff, “54 residential units, 900 square feet of retail use, and 102 parking spaces on-site.”

When the building was first approved in 2006, its third floor plan design called for 3,038 square-foot area of non-usable space that would open to the units below, city staff said.

“However, when the building was constructed (in 2010), the third floor was not built with the openings and the entire 3,038 square feet was considered non-usable space,” city staff added.

The city staff confirmed both the DA and the project are consistent with the Land Use and Circulation Element (LUCE).

Planning Commissioners reviewed and recommended the DA in March.