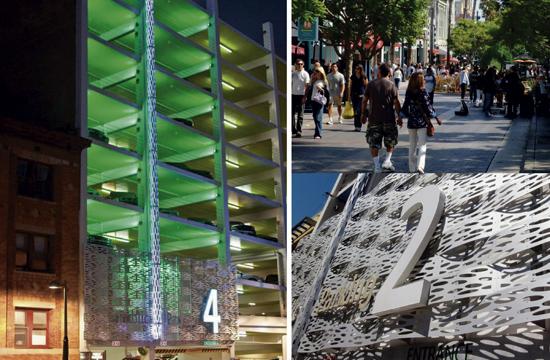 Within a span of 24 hours last week, a pair of study sessions was held at Santa Monica’s City Hall that would impose onto developers who want to build here a series of fees that, officials hope, would ultimately alleviate traffic congestion throughout the coastal municipality.

One day after the City Council discussed the imposition of a Transportation Impact Fee on developers to help fray the costs of projects that would promote alternate means of getting around Santa Monica, the Planning Commission convened a study session to discuss the possibility of assessing upon an in-lieu parking fee on Wednesday.

Such a fee, if ultimately approved by the council, would be assessed upon developers who build a structure in the downtown but do not include parking accommodations in its plans.

Developers would be assessed an in-lieu parking fee of $20,000 per space not built for all land uses within the downtown under the new proposal. The fee could be paid over the course of four years.

“The boundaries for the new proposed parking in-lieu fee program would be expanded in order to cover the LUCE Downtown District (approximately Ocean Avenue to Lincoln Boulevard, Wilshire Boulevard to the Santa Monica Freeway),” City staff said. “The proposed parking in-lieu fee could be applied to all projects within the proposed district that represent a change in use, including additions or renovations.”

City staff added City Hall “collects approximately $600,000 annually from a total of 44 parcels” and, as of Fiscal Year 2011-2012, has resulted in “an accumulated balance of approximately $7.0 million which is being applied toward the reconstruction of Parking Structure No. 6.”

Under the new fee, City Hall’s revenue would nearly double.

If approved, the new in-lieu fee would be in effect for 30 years.

The fees collected are all directed into a fund intended to build new public parking in the downtown area. Transportation Demand Management (TDM) programs would also be funded by the fee.

According to City staff, the City pays as much as $53,000 per subterranean parking space and more than $35,000 per above-grade parking space.

Commissioner Jim Ries pondered whether the fee should be higher. After all, a developer may opt to pay City Hall a $20,000 fee instead of doling out more than $53,000 for a subterranean parking space.

City staff pointed out that the consultant team from Nelson/Nygaard and AECOM addressed this issue.

“The fee of $20,000 was selected because it was determined to be an amount that is less than the private developer’s cost to construct either above- or below-grade parking, and thus would be an inducement for a developer to participate,” City staff said. “Downtown stakeholders indicated that anything above $20,000 to $30,000 per parking space would be excessive and would deter participation in the program.

“However, the $20,000 is far less than the City’s cost to construct new parking, and if the fee is set too low, there is a concern that developers will rely on it exclusively and the City will be obligated to produce parking without having a sufficient revenue source.”

Two members of the public – Zina Josephs and council candidate John Smith – spoke during the public comment portion of the study session. Both pondered the discrepancy between the fee assessed to the developer and the real construction cost to the City.

Commissioner Jason Parry supported the proposed in-lieu fee and hoped a maximum number of developers would participate, even if it meant lowering the assessed fee to make participation more lucrative.

However, Commissioner Richard McKinnon expressed some skepticism and cautioned against unintended consequences, in that the fee could result in an increased demand for above-grade parking structures. McKinnon pointed out that such structures may cost as much as $60 million.

Still, there was definitely some sentiment that the fee could be higher than the proposed $20,000 per space not built.