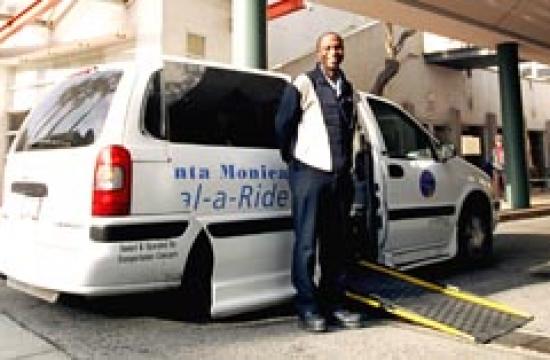 Santa Monica Dial-A-Ride’s (DAR) door-through-door services program will be expanded over a three-year period thanks to a Federal Transit Authority Grant.

The City of Santa Monica was awarded $469,971 as part of the New Freedom Funding program on Aug. 31.

The City received the second highest grant proposal ranking in the County of Los Angeles according to a notification from the Metropolitan Transportation Authority, which is administering the local grant awards.

The award allocates $416,991 for operations and $52,980 in one-time funds for the purchase of a wheel chair accessible van, expanding the DAR fleet to seven.

To qualify for the program, riders must be 18 years and older with a disability or an adult 60 years of age and older.

DAR is a hybrid program, with van driving provided by a third party private contractor managed by the Big Blue Bus and outreach, enrollment, orientation, and door-through-door services by WISE & Healthy Aging, a grantee of the City’s Human Services Grants Program.

The door-through-door attendant rides on the DAR vans and assists seniors out of and back into the home or destination and carries heavier items such as groceries.

Santa Monica is one of the very few municipalities across the country that funds a door-through-door paratransit program.

Earlier this year City Council provided additional funding for a needed expansion of door-through-door services that is now underway.

The FTA’s New Freedom funding will allow for a more substantial increase in hours, number of people served and flexibility in meeting current and future transportation needs of people with disabilities and frail seniors beginning early 2013.

For information about City-funded services for seniors and WISE & Healthy Aging’s transportation and other services, visit www.smgov.net/seniors and www.wiseandhealthyaging.org.