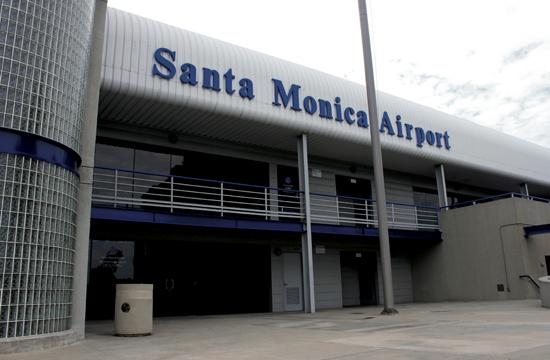 This November, Santa Monica voters will have more at stake than deciding who is best fit to significantly alter the course of America’s economic, social, and political future for the next four years. With four Santa Monica City Council seats up for grabs and two council members not seeking reelection, who voters select to represent them at City Hall these next two years will directly influence the future of Santa Monica Airport (SMO).

Indeed, SMO has become a lightning rod of an issue for residents in Santa Monica and surrounding communities. The next council must decide during its term whether to maintain SMO as is, reduce its operation, or shut the airport down altogether. Forcing the issue is a contract the City of Santa Monica has with the Federal Aviation Administration (FAA) that is set to expire June 30, 2015.

There have been some news reports that have indicated the FAA believes its agreement with City Hall, which was entered into in 1984, has been extended through 2023.

Concerned of the negative health impacts emanating from SMO and recent airplane crashes from flights taking off there, Los Angeles Councilman Bill Rosendahl has been a vocal advocate against the airport’s operations. Rosendahl has long contended SMO directly and negatively impacts the residents living in his district, which includes Mar Vista, Pacific Palisades, and Venice.

Just the same, State Senator Ted Lieu, whose South Bay district includes LAX and Torrance Airport, recently called for an investigation of lead-blood levels and air pollution at SMO in light of a study, partially funded by the United States Environmental Protection Agency (EPA), which indicates “children who live within 500 meters of airports have significantly higher levels of lead in their blood.”

The Concerned Residents Against Airport Pollution (CRAAP) is hosting a council candidates forum this Thursday, Sept. 13 to specifically discuss SMO and the impact it has on Santa Monica and surrounding communities.

CRAAP Director Martin Rubin, who will moderate the forum, said its group had endorsed candidates in the past and will again evaluate all Council candidates for possible endorsement.

“As we approach 2015, Santa Monica voters are very interested in what will be the City’s stance on the future of the 227 acres that are now Santa Monica Airport,” Rubin told The Mirror. “This election as well as the 2014 election for the remaining three Council seats will determine the makeup of the Council responsible for making the important decisions regarding SMO and directing City Staff to carry out their directives.”

“There are way too many flight schools for such a congested airport,” John Fairweather, a member of CASMAT, told The Mirror. “About 60 percent of the takeoffs are flight school and training related. It comes down to limiting the number of operations regardless of whose operations they are.”

Fairweather added the best way to limit the number of operations at SMO would be for council members to pass the proposed Flight Operations Reduction Rule (FORR) Ordinance.

Such an ordinance, if adopted by council members, would apply to all aircraft and reduce the number of daily flights, especially those from flight schools, coming in and out of SMO.

He further explained City Hall would be operating well within legal capacity in enacting the proposed FORR ordinance.

“We have long lived with the legal misperception that the FAA has control over the City because of the Airport Noise and Capacity Act of 1990,” Goddard wrote to Mayor Pro Tem Gleam Davis in an email. “The Airport Commission undertook a thorough analysis that demonstrates the City has the ‘proprietary power’ to adopt the FORR and the only possible penalty is no future federal airport funds (that) the City has already decided to avoid. Further, this action does not violate our agreements so there is no potential ‘loss of rights.’”

The proposed FORR ordinance is the latest attempt to control SMO’s activities. In 1981, the then City Council adopted Resolution 6296 calling for SMO to be shut down as soon as “practicable.”

That resolution sought to “remove from aviation use” a western parcel of SMO’s 5,000-foot runway. An Instrument of Transfer gave City Hall ownership of SMO in 1948 with the requirement that it be operated in perpetuity. Any decision to shut down SMO, it could be inferred, may result in the federal government reclaiming the ownerships stake it had in the airport prior to 1948 and possible seek legal action against Santa Monica.

According Resolution 6296, a “westerly” parcel of the runway is not governed by the 1948 Instrument of Transfer and, therefore, City Hall may act upon that portion of SMO without threat of FAA interference.

The 1984 Agreement requires that the City to maintain a 5,000 foot runway but upon its expiration on July 1, 2015, that obligation expires and the City, as the owner of the (westerly) parcel, can remove it from aviation use.

Goddard told The Mirror this would eliminate about 2,000 feet of runway space. While that may not necessarily shut the airport down, it may drastically limit the use of certain aircraft, such as jets, and help implement the FORR should the council implement it.

Cutting runway space may not be City Hall’s only option in possibly curtailing SMO’s operations. The City Council may take action prior to the November election in eliminating the airport’s landing fee exemption.

“There are some things we can and will do now: in October, we plan to end the current landing fee exemption for airport-based businesses, including flight schools, making them pay, like other aircraft must, for every use of the airport,” Council member Kevin McKeown told The Mirror.

McKeown added City Hall does have the power to control SMO’s fate.

“Based on our legal position, we believe we have very significant control over the future of the airport land. The specifics depend greatly on what and when,” McKeown said. “We were forced into the Agreement by a court settlement, but it expires in 2015. At that point, less than three years away now, our federal grant obligations also end, and all ground leases at the airport are up, so we will have much greater flexibility to make major changes if our community wishes.”

Even more, as pointed out by CASMAT, there appears to be overwhelming support by local residents to either limit SMO’s operations or shut the airport down altogether.

According to a trio of surveys cited by CASMAT that reached about 1,400 people, more than 80 percent of respondents claimed they want SMO’s “aviation operations reduced, mitigated, or eliminated completely.”

On the other end of the spectrum, City Hall maintains closing the airport is quite the difficult task despite Resolution 6296 and the apparent public sentiment in favor of SMO’s closure.

“Generally speaking, both the FAA and the aviation industry strongly and successfully oppose the closure of airports,” City Attorney Marsha Jones Moutrie wrote in a July 12 memo to council members. “The FAA has repeatedly expressed its firm commitment to keep airports open.”

In that same memo, Moutrie point out that in light of the Council’s recommendation to move forward with Phase 3 of the SMO Visioning Process, “work has progressed on a number of initiatives intended to help the City determine how the Airport might become a better neighbor.”

Those initiatives, the memo pointed out, include increased transparency of airport operations, education seminars for the general public, continuing the annual Airport Open House event, transforming SMO into a “Green” airport, develop improvements for non-aviation land, increased community benefits (such as exhaust silencing technology), and regular dialogue with the FAA “to explore all possibilities for reducing adverse impacts of Airport operations.”

As for what SMO could be repurposed for if the envisioning process leads to the airport being shut down?

Resident Gavin Scott suggested in this week’s Letter to the Editor the plot of land be converted into an urban forest.

“If the Santa Monica Airport is finally closed down I propose it should be converted into an urban forest, the asphalt replaced by dense, shady stands of trees of all kinds, threaded by bike paths winding past pools and streams, and little unexpected playgrounds, bandstands, and bowers,” Scott said. “The end of the airport shouldn’t be seen as a negative, but as an amazing opportunity for Santa Monica to pioneer a new way to live, work and prosper.”

Stay tuned to The Mirror for this continuing series on SMO. In the next few weeks, The Mirror’s coverage of SMO will include additional perspectives from the airport officials, citizens, the City Attorney’s office, council members, and other leaders.