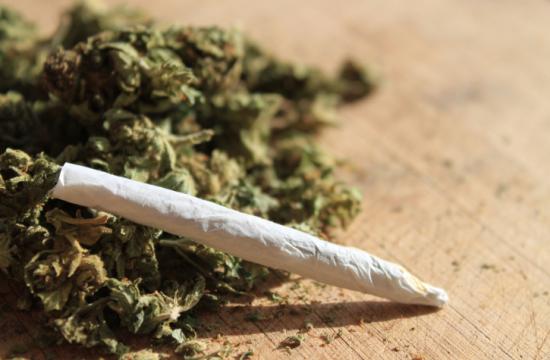 A 45-day moratorium on medical marijuana dispensaries was officially put into effect Tuesday after the Santa Monica City Council approved an interim ordinance to place into a holding pattern the issuing of business licenses, entitlements, or permits to companies seeking to issue the substance for medicinal purposes.

Council members unanimously approved the moratorium with the intention of determining how Santa Monica could possibly have medical marijuana dispensaries within city limits once the 45-day suspension comes to an end.

City staff recommended the moratorium due to a recent wave of inquiries received from entities seeking to open a medical marijuana dispensary in Santa Monica.

“The City’s Zoning Ordinance currently does not contain regulations governing the establishment, location, and operation of medical marijuana collectives. And, the law governing the City’s authority to adopt and enforce such regulations is, for the time being, extremely uncertain,” city staff said in its report to council members. “The present uncertainty results from both a lack of clarity in state law and a conflict between state and federal law.”

In 1996, California voters approved Proposition 215, which allowed for certain individuals to receive medical marijuana “for specified medical purposes.” However, city staff added implementation has not been easy due to legal hurdles and unintended consequences.

“Some California cities that initially authorized dispensaries later experienced significant detrimental secondary impacts associated with them and their proliferation,” city staff said. “Moreover, although state law allows for the provision of medical marijuana, federal law continues to prohibit cultivating, distributing, and dispensing marijuana. This conflict in the law has yielded conflicting state appellate court decisions on the issue of municipal authority to regulate dispensaries – an issue which the California Supreme Court has accepted for review.

Council member Kevin McKeown said he hoped City Hall would take the time to seriously consider how to “responsibly have functional marijuana dispensaries in our city.”

“It’s 2012 and I think we need to honestly look at the failed drug policies of this country,” he said. “And the fact that many of the problems other cities have had with dispensaries are not because of something inherently dangerous about the use of marijuana for medicinal purposes, but because they have to operate in a context where there is such conflict between federal law, state law, and local practice.”

McKeown added he hoped City Hall would take advantage of the moratorium to come up with a substantive plan to allow medical marijuana dispensaries within Santa Monica.

“I hope if we pass this moratorium, it would be with the intent to really investigate the issues and be decisive. It’s not the sixties, it’s not the seventies, it’s 2012,” he said. “Yes, there are challenges here. Yes, it probably does make sense for us to wait until courts sort out some of the jurisdictional issues that we can’t really resolve.”

During the 45-day moratorium, the approved interim ordinance allows City Hall an opportunity to: address community concerns about dispensaries; study their potential impacts on the public’s health, safety, and welfare; perform a legal analysis to determine how best to craft land use controls and regulation; and, ensure regulations would be in place so that dispensaries would not “result in harmful effects to the businesses, property owners, and residents of the City.”

McKeown said it would be irresponsible for Santa Monica to not consider having a medical marijuana dispensary within city limits to assist those in need. He provided the example of Los Angeles City Council member Bill Rosendahl, who recently returned to the dais after relying upon medical marijuana to help him in his battle with cancer.

“I disagree that its okay for us in Santa Monica, a population which includes people who use medical marijuana for real pain and real issues in their lives, can just tell those people, ‘well, we know you’re sick and maybe disabled, but you know what, it’s okay for you to drive into West L.A.,’” he said. “There could be a way that we could responsibly find a way to integrate dispensaries into the medical area of town and do them the way they ought to be done.”

Not everyone was thrilled about the interim ordinance.

“This ordinance is unprecedented in its unreasonableness. This ordinance is unlawful and it should be challenged immediately,” Richard McDonald of Golden State Collective said. “Despite all of that, I do want to say that I’d much rather be working constructively with the City. I think we can bring something here that’s extremely fitting and very right and proper.”

Karen O’Keefe, a West Hollywood resident and Director of State Policies at the Marijuana Policy Project, said the existence of dispensaries in that city have not been a magnet for negative elements.

“I live in West Hollywood, which has had very sensible regulations on dispensaries since 2005,” O’Keefe told council members. “The sky hasn’t fallen. (The dispensaries) have not caused crime, they haven’t caused robberies. In fact, the City requires dispensaries to have security patrols that patrol about a two-block radius.”

City staff said the interim ordinance “can be extended up to 22 months and 15 days based on the requisite findings after additional published notice and hearing.”