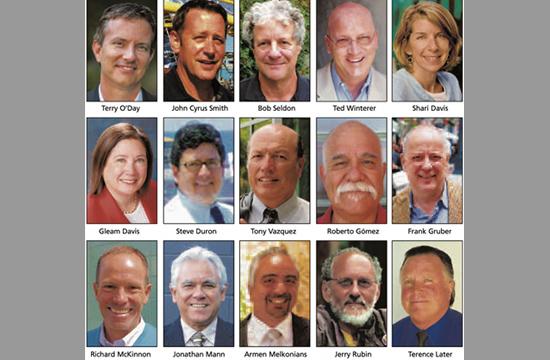 The Santa Monica Mirror will host its “Hometown Forum,” a 90-minute question-and-answer debate with candidates for the Santa Monica City Council tonight, Oct. 10.

It will be held at the Martin Luther King Jr. Auditorium, Santa Monica Main Library, located at 601 Santa Monica Boulevard. Doors open at 6:30 p.m. for a 7 p.m. sharp start.

Mirror Publisher TJ Montemer said the forum would allow candidates to voice their opinions on hot topics such as development, traffic, and the Santa Monica Airport as well as introduce themselves to the public.

“The forum is an important function of the newspaper in conjunction with our election coverage in print and online,” Montemer said. “Candidates will be quizzed on many topics that may sway how residents vote. With four open seats and the City evolving as quickly as it is, this is an important election.”

All candidates have confirmed they will attend the event.

Candidates will answer questions that the Santa Monica Mirror has solicited from the community at large and from neighborhood and local business associations.

Candidates will randomly be seated at three tables on stage. There will be 12 questions total split over four rounds. Each table will be receive a new question and all five candidates will all answer that question. Each candidate will also have a “Mirror wildcard” to jump in and answer another table’s question once during the event.

There are four open seats: two held by incumbents Gleam Davis and Terry O’Day; the other two seats are currently held by Mayor Richard Bloom who is running for the 50th Assembly District and Bobby Shriver who chose not to seek City Council re-election.

Admission is free to the forum and all residents are encouraged to attend.

Seating is on a first come, first served basis. The auditorium is expected to fill to capacity (about 150 people), so early arrival is suggested.