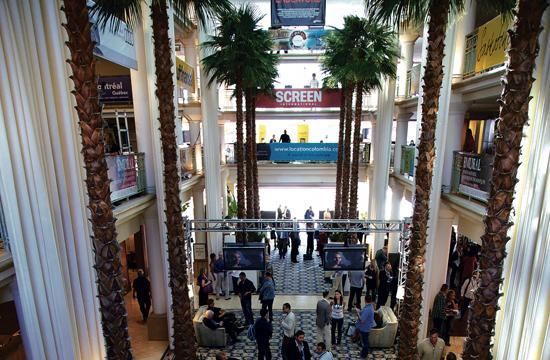 This Halloween, Oct. 31, the 2012 American Film Market (AFM) returns to Santa Monica with organizers saying the event will screen more than 420 motion pictures, including 77 world premieres, and 306 market premieres, for thousands of film buyers and industry professionals.

Organizers say this year’s AFM, which will run through Nov. 7, is experiencing a surge in buying companies that will be attending AFM for the first time with more than 120 companies from 23 countries making their market debut — a record high.

More than 750 companies from 70 countries will send more than 1,500 representatives to the upcoming Market, according to Jonathan Wolf, AFM Managing Director and Executive Vice President of the Independent Film & Television Alliance.

“We are seeing a shift in the way sub distributors acquire film as they steadily rely less on local distributors and more on direct acquisitions,” Wolf said. “We also expect a significant increase in buyers from China.”

Films making their world premieres include:

A Glimpse Inside the Mind of Charles Swan III, from writer/director Roman Coppola and starring Bill Murray, Jason Schwartzman, and Charlie Sheen (Independent);

Among the 306 films set to make their market premieres are:

The business of independent motion picture production and distribution reaches its peak every year at the American Film Market.

The global film industry converges in Santa Monica for eight days of deal-making at Loews Santa Monica Beach Hotel on films in every stage of development and production, as well as screenings, conferences, networking, and parties.

AFM is the pivotal destination for independent filmmakers, directors, distributors, financiers, industry executives, producers, talent, writers, the international media, and all those who provide services to the worldwide motion picture industry.

The AFM is produced by the Independent Film & Television Alliance, the global trade association of the independent motion picture and television industry and the voice and advocate for the Independents worldwide.