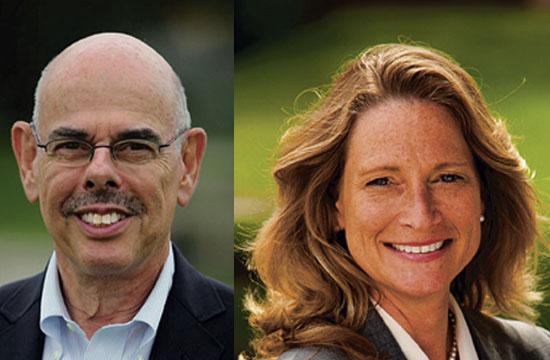 Politics and politicians have a well deserved and hard-earned bad rap as being in for the power, the prestige, and for personal gain. I’m sure you know who they are. They are the ones wanting to “play with the big boys.” And there is a lot to worry about right now as we hold national elections. But there is also a political surge creating optimism. An optimism made possible, in part, through using new technology on the side of democracy. So take a deep breath and another look at the many political names, some venerable and some rising stars, across the country, who define themselves as public servants and patriotic defenders of democracy and are, everywhere, giving politics a good name as they throw the proverbial “hat into the ring.”

When people talk about Congressman Henry Waxman (henrywaxmanforcongress.com) we hear words like, “relentless, effective, hard working, caring, dedicated, smart, and savvy.” His actions show that he is in the job to find solutions and, if you’ll allow the expression, “make the world a better place.” And he has an impressive list of endorsers, headed by President Barack Obama, President Bill Clinton, Planned Parenthood, Sierra Club, League of Conservation Voters, California NOW, California Democratic Party, and the LA County Federation of Labor.

Addressing the pressing economic conditions of today, Waxman worked successfully to pass a plan to cut taxes for small businesses, increase incentives for clean-energy jobs, and invest in infrastructure projects that directly create jobs. He is also a strong supporter of the Make it in America agenda which promotes domestic manufacturing and creates high-skill, high-wage jobs in the United States.

As a protector of the environment and public health he has worked successfully to strengthen the Clean Air Act and the Safe Drinking Water Act, reducing toxic pollutions and improving air quality.

His focus on public health is broad and includes his leadership on the Family Smoking Prevention and Tobacco Control Act, the Nutrition Labeling and Education Act, the Ryan White CARE Act which provides care and treatment to people living with AIDS, and legislation which helped create the generic drug industry and has saved consumers billions on the cost of prescription drugs over the past decade.

He sees “Santa Monica as a dynamic and vibrant city that illustrates the importance of preserving our precious natural resources – that sound environmental and economic policies are not mutually exclusive.”

Henry Waxman sees the big picture and he sees the details of people’s lives.

Betsy Butler is another public service politician (betsybutler.com). She is up against Santa Monica Mayor Richard Bloom on Nov. 6 for the 50th Assembly District seat.

She is relatively new as an elected leader but she is not new to politics. In the California State Assembly she is a recognized environmental, public health, and social justice leader.

She worked as a field representative for Leo McCarthy; she served at the Department of Commerce as a Clinton Appointee. She came back to California to work at CLCV (California League of Conservation Voters).

As an Assembly Member, Butler worked to protect school funding in difficult economic times and is an advocate for the Education funding propositions on the ballot. “Funding will be contingent on the voters’ approval of the Governor’s proposed modest increase in temporary sales tax and an equally modest income tax increase on the wealthiest Californians. I am confident that every candidate will join with me in urging voters to approve that measure and secure this $6 billion in additional funding for our schools.”

Because of her environmental leadership work in Southern California she knows about Santa Monica’s work on sustainability. Butler says she congratulates Santa Monica on its focus on renewable sustainable water policy and planning. “As an Assembly Member, I intend to address water issues across the state and implement policies similar to Santa Monica and its reuse of water,” she says. “My work to ban toxics in products used by babies and my electric vehicle bill, both which were signed by Governor Brown in 2011, earned me the California League of Conservation Voters and Sierra Club endorsements. This year, I have established my record as an early, strong and effective opponent of the unregulated practice of ‘fracking’ by oil companies. This process used in drilling threatens our underground aquifers and must be regulated. My record affirms my lifelong commitment to the environment.”

Butler also has a long track record when it comes to protecting communities from development pressures. “Like many people here I am disappointed in how some local and state officials allow themselves to be bullied or bought by development interests who cynically use the recession as justification for damaging our communities and the quality of our lives,” she says. “Every candidate promises to ‘stand up to the special interests.’ I have done so consistently.”

Her knowledge of the District, her record as a leader for the environment, education, jobs, technology, and social justice are clear.

Butler says of the 50th Assembly District, “It would be an honor and a privilege to serve this District. We are so blessed with the creativity and ingenuity of the people of the District and with our desire to be leaders on the many issues of our time. We need to invest in education, support new green technology, promote working families, meet the needs of our seniors. All politics are local.”

All politics are local and all politics are about people. We have so many reasons to vote in this election. Henry Waxman and Betsy Butler are two good reasons.