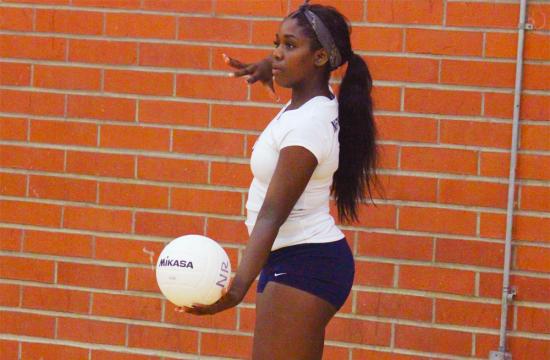 New Roads Volleyball Head Coach Benny Hammond thought that there were some great defensive plays in the first game that led the Jaguars and the Saints to having long rallies.

“New Roads kept control of the games on Tuesday and didn’t let off the gas once they realized that Lighthouse was having trouble with our serves,” said Hammond. “New Roads outlasted most of the rallies which usually is never the case for us. The New Roads girls played with confidence and that is one of the greatest things to see from my position.”

Lighthouse struggled throughout the three sets to get their hitters in rhythm and New Roads won most of the long rallies.

“It must have been an off night for them,” said Hammond.

With the back to back wins New Roads is currently ranked second in the Coastal League with a 6-2 record and is in good position to advance to the Southern Section Division 4A playoffs.

Next game is away against Rolling Hills Prep. today at 5:00 p.m.