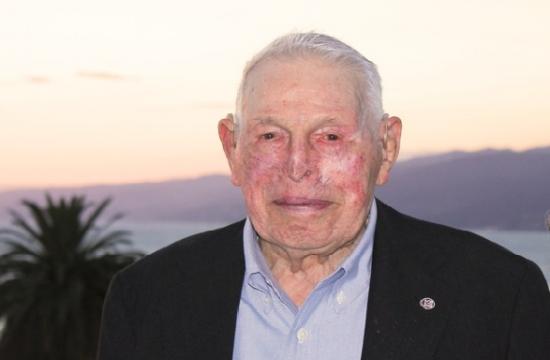 Robert Silver, a former Sgt Major with the USMC and a past President of the LA Adventurers’ Club, recalled one of his memories.

“‘Wild Bill’ (General Donovan) utilized Hotel Shangrila and trained on Santa Monica beaches and formed the nucleus of OSS Maritime Unit Operational Swimmers, whose overseas, behind the lines, missions, played a major role in defeating the Axis Powers, 20 years before the Navy SEALs were set in motion,” Silver said.

Those honored at the hotel included 99-year-old Walter Mess who was once a civilian secret agent on special assignment Europe and senior flotilla commander for all MU operations in the Burma theater of war, 94-year-old John Spence considered “Americas First Frogman” the first SCUBA commando and OSS instructor, and Norman Abbott once a Burma theater OSS Operational Swimmer.