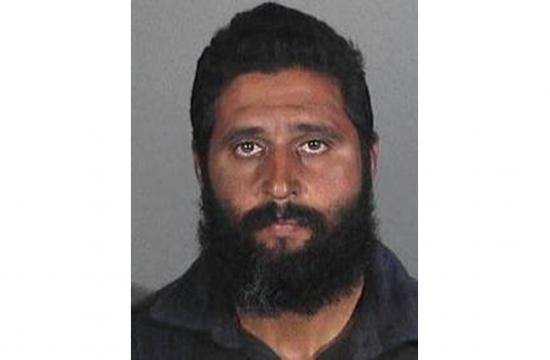 A 36-year-old Chino resident who is suspected of sexually assaulting and trying to kill a female runner on Santa Monica Beach in the early morning hours of Oct. 10 has been arrested with bail set at $1.35 million.

Santa Monica pier/harbor officers arrested Brandon Cross last Wednesday, Oct. 17 at about 5:30 a.m. in the north beach area in the general area of the crime.

He is accused of sexually assaulting a female runner on the 800 block of the beach between the waterline and Lifeguard Tower 8 at about 4:50 a.m. on Oct. 10.

The female victim fought off her attacker and ran to safety as the suspect walked off. A composite drawing of the suspect was completed and an exhaustive search for the suspect began.

After reviewing the case, the District Attorney’s Office filed one count of attempted murder, two counts of forcible rape, one count of sexual penetration by a foreign object, one count of assault by means likely to produce great bodily injury and resisting officers.

Bail was set at $1.35 million and the preliminary hearing is set for Nov. 12 at the LAX Courthouse.