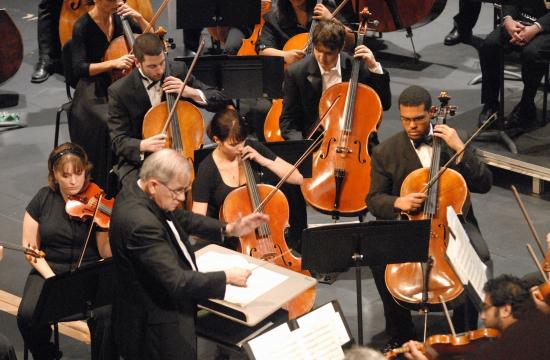 Santa Monica College has a long line-up of concerts planned for November, ranging from the Emeritus College Concert Band to blues to opera.

• Friday, Nov. 2 at 7:30 p.m. in The Broad Stage: SMC Applied Music Program Benefit Concert. Under the direction of Yulia Krasny, the Applied Music Program is a distinctive program for SMC’s most gifted vocal, instrumental and composing students. These talented musicians will display their best at this fundraising concert. (Tickets are $10)

• Thursday, Nov. 8 at 11:15 a.m. in the Edye Second Space: “A Day in the Blues.” SMC music professor Terry Carter and The Tomcats will present an amazing afternoon of classic blues. The band puts its twist on blues standards written and performed by legends such as Muddy Waters, Robert Johnson, Jimi Hendrix, The Allman Brothers, Stevie Ray Vaughan, BB King, Johnny Cash and more. (Free. Complimentary tickets are available in the SMC Music Office, Room 211 in the Performing Arts Center.)

• Tuesday, Nov. 27 at 11:15 a.m. in the Edye Second Space: SMC Guitar Ensemble, with conductor Jimmy Cheesman. The ensemble will perform an exciting mixture of styles that includes jazz, classical and flamenco music arranged specifically for guitar, with improv, duets and ensemble sections. (Free. Complimentary tickets are available in the SMC Music Office, Room 211 in the Performing Arts Center.)