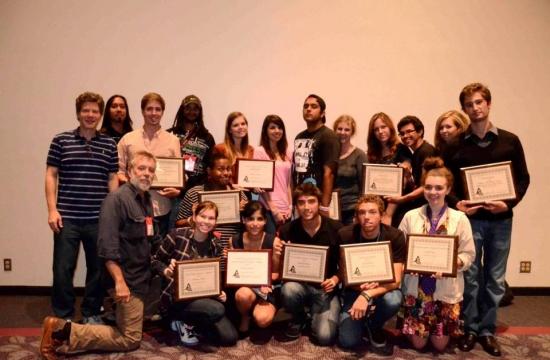 One of the awards was for online General Excellence.

Corsair design editor Nathalyd Meza won four awards, including a first and second place for front page layout, and a first place award for the news judgment and layout contest held at the conference. Meza also won a third-place award for an ad she designed to promote the Corsair.

The Corsair dominated the video journalism contest by capturing both first and second place in the category, with first place going to multimedia editor Ian Kagihara and second place to news editor Andy Riesmeyer and photo editor Paul Alvarez Jr.

Corsair photographer Amy Gaskin earned a first place for the bring-in photo contest where the assignment was to produce an image related to the election season.

Saul Rubin is the Corsair advisor and instructor of the journalism class that produces the print and online editions of the Corsair, while instructor Gerard Burkhart is the photo adviser.

Complete list of SMC awards at the 2012 JACC regional conference: