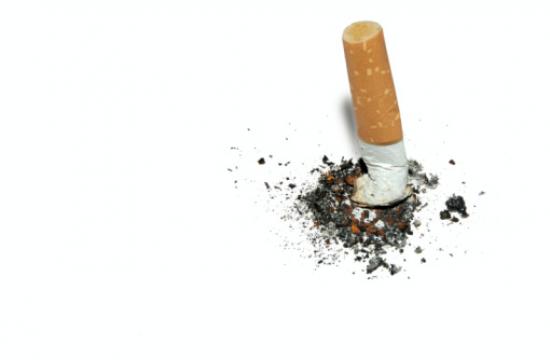 Perhaps the third time really is a charm. A little more than two months after council members had second thoughts about a smoking ban ordinance it had originally voted to pass, a full dais voted Tuesday to approve an anti-smoking policy in apartments and condominiums throughout Santa Monica. The vote was 5-2 in favor of the proposed ordinance, with Council members Kevin McKeown and Pam O’Connor voting against.

The new measure, if it clears second reading in the coming weeks, prohibits any new tenant in a Santa Monica apartment or condominium complex from smoking inside their residence. Other tenants would be allowed to sue their smoking neighbors under the ordinance.

While the law would apply to new tenancies, current tenants must be surveyed by their landlords to keep a head count of sorts to figure out which units are occupied by smokers and those that are not. During the surveying process, residents have the option but are not required to disclose whether or not their units are categorized as nonsmoking or smoking.

All residents in apartment and condominium complexes would be entitled to a list of units – provided by homeowner associations or landlords – that are either designated or undesignated as nonsmoking or smoking.

A new kink in the multi-unit smoking ban: medical marijuana users are not exempt from having their units designated as a smoking residence. When the smoking ban failed in a second read two months prior, the language of that ban did not mention how the proposed ordinance would be applied to residences of medical marijuana users, an inquiry spawned by Mayor Richard Bloom.

Those medical marijuana users who use the substance to treat illnesses such as AIDS or cancer would be exempt, however, with adequate documentation.

The 5-2 vote came after a series of failed motions where council members struggled to agree the best way to enact a smoking ban. Four of the seven council members – Mayor Richard Bloom, Mayor Pro Tem Gleam Davis, and Council members Bob Holbrook and Bobby Shriver – believed the various iterations presented were either overbearing or underachieving.

After more than two hours of community input, deliberation, and discussion, a motion was presented to garner enough votes on the dais.

Council members reached its decision hoping this version of the smoking ban sticks. In July, an ordinance banning smoking in multi-unit residences failed to muster enough votes in its second reading even though council members had voted in favor of that same ordinance two weeks prior.

At both the first and second readings, there was not a full panel of council members on the dais. In the second to last meeting before the Nov. 6 election, all seven council members were present to vote on this new iteration of the proposed smoking ban ordinance.

Prior to that, the city council banned smoking in common areas and patios located within multi-unit residences. Smoking is also banned in all outdoor dining areas on the Third Street Promenade and at Santa Monica State Beach.

In opposition, McKeown expressed concern that such an ordinance would effectively brand those who smoked in their own residences. Meanwhile, O’Connor thought the smoking ban was meddlesome and a violation of privacy rights.

The proposed ordinance states “more than 440,000 people die in the United States from tobacco-related diseases every year, making it the nation’s leading cause of preventable illness” and that environmental tobacco smoke “is the third leading cause of preventable death in this country, killing over 52,000 non-smokers each year, including 3,000 deaths from lung cancer.”