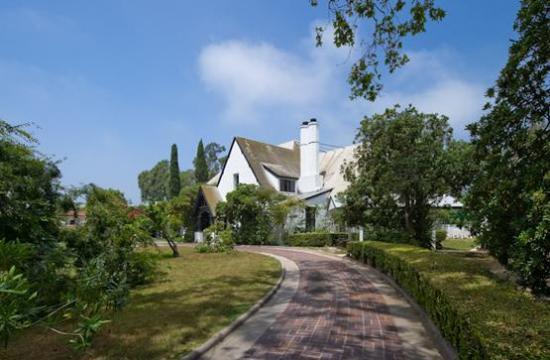 A split council failed in terms of passing an emergency ordinance Tuesday night to shut down the “House of Rock,” a multimillion dollar Santa Monica estate on La Mesa Drive where musical events have been causing grief for neighbors.

Despite not passing an emergency ordinance – perhaps the legislative equivalent of a temporary restraining order – council members were clear they did not approve of the atmosphere at 2009 La Mesa Drive, going so far as to ask the homeowner, Elaine Culotti, for personal assurances she would not continue hosting events at the estate after Dec. 6.

Council member Terry O’Day was not present for the vote, but even if he were in attendance to break the deadlocked 3-3 vote it would not have mattered; emergency ordinances require support from five of the seven council members to pass.

The agenda item dominated the Oct. 23 meeting with more than two hours spent deliberating the future of House of Rock. More than 40 people addressed the dais during public comment, some of them residents opposed to the House of Rock and others musicians and artists in favor of the group’s charitable events.

At heart of the debate and deliberation was whether House of Rock LLC, who hosts a variety of music-themed events at the private residence and draws hundreds of people, served as a nuisance to the neighborhood. Even more, there was concern House of Rock LLC was operating as a business in an area zoned for residential use.

Culotti has maintained to the council the House of Rock raises money for charities and is not a business in the traditional sense and, therefore, is not in violation of any zoning laws.

La Mesa Drive is an affluent neighborhood just above San Vicente Boulevard, in between 19th and 21st Streets, and near the Riviera Country Club. The House of Rock still has five events planned at the La Mesa Drive residence during the next few weeks, including an Oct. 30 Halloween Party with the popular radio stations KIIS FM giving away tickets.

Large events have been staged at the House of Rock since September. In the weeks that have since passed, residents on La Mesa Drive and the surrounding neighborhood have complained of increased light, noise, and traffic on event nights. There were also safety concerns.

The last event is scheduled for Dec. 6.

While Culotti testified the events at 2009 La Mesa Drive generally draw between 100 and 350 people, council members were worried the use of social media tools such as Facebook and Twitter, combined with KIIS FM’s marketing efforts, could potentially result in the residential neighborhood being overwhelmed with hundreds, if not thousands or more, people on Halloween Eve.

One of three votes in favor of the emergency ordinance, Mayor Pro Tem Gleam Davis said allowing House of Rock to move forward with its event the night before Halloween could turn into a nightmare, especially considering the event was advertised on KIIS FM. At least one speaker during public testimony said KIIS FM draws roughly four million listeners.

“The most problematic party is the one on the 30th,” Davis said. “As far as I can tell and putting things off … gives the neighbors on La Mesa absolutely no security.”

Refuting Culotti’s claim that House of Rock is not a business, Davis also said the events were an illegal commercial operation in an area zoned for residences.

“It’s apparent to me Ms. Culotti is running this as a business,” Davis said.

Shriver was one of the three who voted against the emergency ordinance. While the six council members present all seemed to be in agreement allowing the House of Rock to continue its operation may set a dangerous precedent and City Hall must intervene, Shriver pointed out the emergency ordinance would not have the desired effect Davis had hoped.

The ordinance would not be enforced because, he predicted, Culotti and her attorney would likely file a lawsuit against Santa Monica immediately after the ordinance’s passage. Practically speaking, by the time the matter would be heard in court, the Oct. 30 event would have passed and the intent of the emergency ordinance deemed moot.

With the emergency ordinance failing, council members unanimously approved a substitute motion to discuss the issue at its Nov. 13 meeting as a regular ordinance.

The Oct. 30 event, which supports The Painted Turtle, will continue as planned, though Culotti said she would make every effort to ensure the size of the crowd does not get too big to control. A key concern was whether KIIS FM was unaware it was promoting an event at a private residence to its listeners.

Culotti told council members there are efforts to keep the event under control as much as possible, including valet parking service, shuttles to off-site parking, police and fire department presence, and on-site code enforcement.

“I really don’t believe that we are going to have any type of out of control event with the amount of security presence that we have,” she said. “It’s not the type of party to be crashed.”

A camp located near Lake Elizabeth in northern Los Angeles County, The Painted Turtle was founded 13 years ago by Paul Newman and helps children treat chronic or life-threatening illnesses through positive camping experiences.

Davis added the council’s interest here is not to regulate charitable intentions but instead distinguish Culotti’s use of the multimillion-dollar estate on La Mesa Drive as a business or residence.

“The question is whether or not what’s happening at 2009 La Mesa is residential endeavor or a business endeavor,” Davis said. “This is a land use decision.”