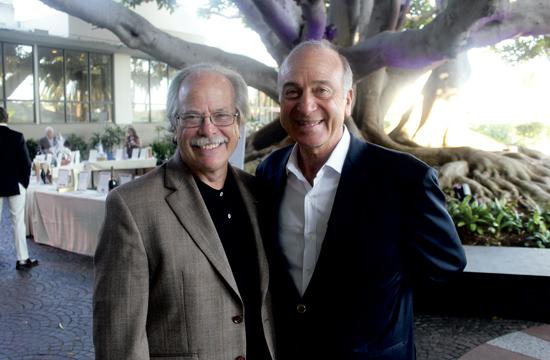 Hundreds of supporters enjoyed an array of wine tastings while sampling seasonal food from the award winning Fig Restaurant.

President and CEO Elias Lefferman said all money raised will support its programs.

“We have a special education school, residential programs, we have an early head start program, and we have programs for at risk children,” Lefferman said. “All the money raised goes directly to programs that serve kids. Every dollar will go to the vocational skills program, a new equine therapy program for autistic children, and for arts in the elementary school.”

He said the organization works mainly with Los Angeles children, as it is based in West LA at 3200 Motor Avenue.

“When people come to Vista, they come to us at their darkest times in their lives when something is wrong with their child and no one has been able to help,” he said. “When they come to us they are desperate and frightened. With the support of the board, we can make things happen and we can change their lives.”

Konheim said he was thrilled his children are now supporting the organization that has helped so many youth.

“Vista Del Mar is basically a safety net for the kids to get them on their feet and going in the right direction,” Konheim said. “We are proud and lucky to be part of the organization and we have the best CEO.”

The Fairmont event was co-chaired by Betsy Goodkin and Ellen Schaefer Kruger.

Goodkin said Saturday’s event was the second wine tasting event at the Fairmont in as many years.

She said it was made possible after Linda Myerson Dean of Wine Warehouse who came on board as a major sponsor and donated the wine and her staff to do the pourings.

“We want to also thank the Fairmont because they gifted us the space because we’re a non-profit and they don’t always do that,” Goodkin said.

Schafer said this year’s event was different with the inclusion of a live auction.

The three items were a trip to Hawaii staying at the Four Seasons, a puppy Terri-Poo, and a 46-inch flat screen TV.

She said the event was a lot more casual than its other fundraisers and looked forward to it continuing in years to come.

“We are trying to do something that’s a little bit more contemporary that appeals to a younger, broader base,” Schaefer Kruger said. “We have more people coming this year, so I think it translates that they did love it.”