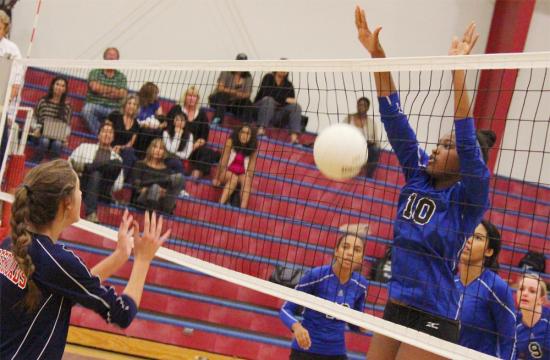 Junior Asha Walker recorded ten kills, seven digs, two aces, with multiple blocks and assists to lead the Wildcats to a 3-0 victory over the Roadrunners.

Windward just came off of a win at the Marlborough Tournament last weekend that saw numerous Wildcats win honors.

Wildcats Tae Leon Butler was named the Marlborough Tourney MVP and registered 11 kills, followed by Walker who posted ten kills while passing a 2.6 out of a possible three on serve receives.

Wildcats Hannah Holmes was named to the Marlborough All-Tourney Team with six kills to match six by Christina Cornelius.

Holmes led the Wildcats at the Marlborough Tournament with 16 assists while Cornelius had two blocks and an ace.

Next game for Crossroads is home against Viewpoint Thursday, Oct. 25 at 5:00 p.m.

Next game for Windward is home on senior night against Brentwood Friday, Oct. 26 at 5:15 p.m.