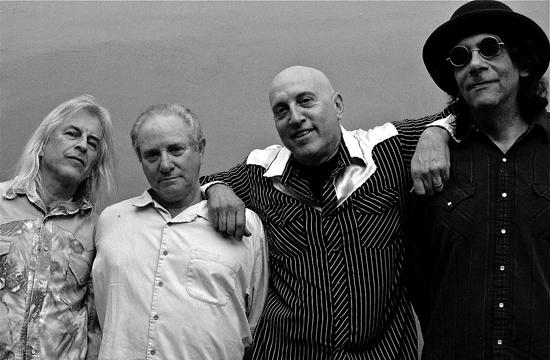 The original members of Andy and the Rattlesnakes will reunite for a free 90-minute concert tonight, Nov. 19 at 8 p.m. at Trip, 2101 Lincoln Boulevard in Santa Monica.

Andy and the Rattlesnakes were one of the of the first Los Angeles bands to break out of the ‘80s new wave/punk mold into a reinvention of American roots and world music, sharing bills and a new sensibility with artists including Dwight Yoakam, Lucinda Williams, the Pop, the Sheiks of Shakes, John Hiatt, and Exuma, playing charged up shows at Cathay de Grande, the Starwood, the Whisky, Blackie’s, Madame Wong’s, and the O.N. Club.

On the heels of the 2006 release of compilation CD “Last Summer to Dance,” Andy and the Rattlesnakes were dubbed “one of the great, lost, eclectic underground rock & roll bands” by the L.A. Weekly.

Their 1980 cover of Neil Diamond’s “Solitary Man” received national airplay and was chosen by L.A. Weekly’s Bill Bentley as “Single of the Month,” who described the record as “threatening to drag folk-rock out of the closet.”

The song “Patience” was recorded for Rocket Records (Elton John’s boutique label) and featured on the USA Network’s “New Wave Theatre.” The song “Third World Wives” was included on a 1981 anthology, “The D.I.Y. Album: Ten of America’s Best New Bands,” along with Black Flag, Red Rockers, and Dreamers.

Krikun balances his lifelong musical explorations with his academic career as a community college music professor and PhD candidate in music education at NYU.