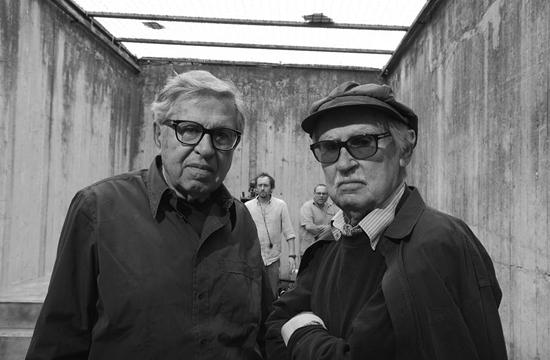 In a grand opening at Hollywood’s famed Egyptian Theatre, with all the red carpet trimmings, Lune Cinecitta, in association with the American Cinematheque, kicked off the six-day Cinema Italian Style Film Festival with “Caesar Must Die,” Italy’s official entry for Best Foreign Language Film for the 85th Academy Awards.

Directed by filmmaker brothers Paolo and Vittorio Taviani, “Caesar Must Die” won the Golden Bear award at the 2012 Berlin International Film Festival. The brothers are also recipients of the Cinema Italian Style Award, an honor bestowed for promoting exchange between the Italian and international film industries.

“Caesar Must Die” is a gritty, hard-hitting, gut wrenching docudrama on the making of Shakespeare’s “Julius Caesar” in Rome’s maximum-security Rebibbia prison where the inmates, incarcerated for a variety of crimes from murder to rape, to crimes committed in the name of the Mafia, audition, as would any actor, for the parts.

With various settings used as a backdrop, the prisoner/actors memorize their lines and deliver performances second to none. It is difficult in watching the film to believe that these men are not trained actors, but they are not and it’s a tribute to the Taviani brothers that they were able to elicit such compelling performances from the entire cast, with each of them crawling deep in the skin of their respective characters.

Following the screening, the brothers, with the assistance of an interpreter, participated in a Q & A, one of them quipping, “This is a movie that has to be seen and not talked about.”

When asked about working with the prisoners, Vittorio said, “The prisoners put passion into their roles that was unknown to them and their natural acting ability emerged during the rehearsal process.”

Paolo added, “Some of them were living the truth of their life’s experiences and there was a lot of tension during the filming, especially the scene where they murder Caesar which, in some ways, was a cathartic experience for the prisoner actors.”

One of the inmates confessed that when he acted, he felt like he was forgiving himself for his crimes and according to the brothers, members of the cast were transformed into different people from when they were first imprisoned.

Dressed in limited, but effective costumes, the inmates performed “Caesar Must Die,” to a full audience of family, friends, other prisoners, and the prison staff and received thunderous applause.

Perhaps the ending of the film is the saddest for after experiencing the artistic high of an extraordinary theatrical experience, they are, one by one returned to their solitary cells where they must return to the isolated every day life that their crimes demand.

But leave it to the Italians for the cells appear to be equipped with espresso coffee makers to at least remind them of what life was on the outside.

The festival ran through Nov. 18 and featured a screening of Carlo Ponti and Vittorio Di Sica’s “Two Women” for which Sophia Loren won the Academy Award for Best Actress 50 years ago.