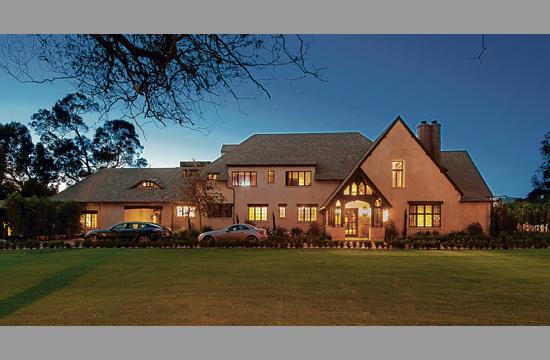 On the heels of reports that it was listed for sale for $22 million, the estate otherwise known as the “House of Rock” was the subject of yet another debate at the Tuesday Santa Monica City Council meeting. The estate’s owners sought the council’s approval for a reduced tax assessment per the Mills Act.

In a 6-1 vote, council members voted to postpone deciding upon the matter until Dec. 11.

Accordingly, the current owners of the Kathryn Grayson estate at 2009 La Mesa Drive will have to wait at least one more week to find out whether their request is approved or denied.

Under the Mills Act, a property owner may file a request for a property tax reduction if that property is deemed historic.

“The Mills Act is one of the few financial incentives available to owners of historic properties, and is an important tool for implementing the City’s Historic Preservation Element goals: to promote the designation and long-term preservation of historic resources through the provision of incentives and technical assistance,” City staff stated.

Cities offer a Mills Act tax incentive “in order to ensure the resource’s historic integrity and structural stability.” Basically, a city would agree to receive less tax revenue in exchange for a public benefit: the preservation of a historic property.

If approved, the tax exemption’s initial term is for 10 years.

The property owners originally filed for the Mills Act tax exemption on July 17, 2012, according to City staff. With the reported listing of the property for sale, council members took up the application as part of its consent calendar Tuesday evening.

City staff added the Kathryn Grayson estate, or “House of Rock,” was designated as a City Landmark in November 2010 “primarily based on its architectural significance, but also as the former residence of entertainer Kathryn Grayson.”

At stake with the request: City Hall would lose almost $12,500 annually for 10 years, staff estimated.

“Staff estimates that the new contract would result in an estimated property tax reduction of 86.6 percent. Most recently, the owner paid $90,204 in property taxes,” City staff wrote in a report to the council.

An interesting question is whether the Kathryn Grayson estate is even in need of historic landmark protection, as City staff stated, “the building is in excellent repair.”

However, City staff added, “As with all historic properties, it will require on-going maintenance to ensure preservation of the landmark.”

According to a Wall Street Journal report, the “House of Rock” has been listed for $22 million. The estate’s recent past has made it the center of controversy. At council meetings in late October and early November, homeowner Elaine Culotti has had to defend her allowing of multiple music events at the estate to the chagrin of neighbors in the immediate area.

Culotti assured the council the last “House of Rock” event would be held Dec. 6.

The music events were hosted at the estate in the name of raising money for charity. However, residents in the surrounding area claimed the events to be a significant nuisance, raising noise, safety, and traffic concerns. Just the same, council members believe House of Rock LLC, which managed the events, operated as a business in an area zoned for residential use.

The Wall Street Journal reported Culotti purchased the Kathryn Grayson estate in 2010 for $7.7 million. Grayson, an actress and opera singer, had lived in the estate between 1945 and 2010. The estate was built in 1926.

Shriver was the sole vote against.