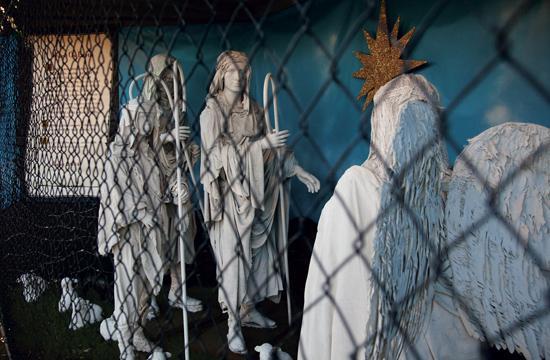 A federal judge sided with the City of Santa Monica at a hearing Monday morning where a lawyer on behalf of supporters of Santa Monica Nativity scenes in Palisades Park was asking for the annual Christmas tradition to be allowed until the outcome of a lawsuit is decided.

The Santa Monica City Council unanimously voted June 12 to prohibit erected structures to be on display at Palisades Park. Accordingly, a Christmas tradition that has existed in Santa Monica decades before many current residents moved into town will no longer be allowed to take place.

The issue almost immediately becoming tense with differing groups hoping to put up a winter display of some sort during the Christmas season, City Hall began to contemplate whether to eliminate its exception altogether and extend the strict prohibition against private displays in public spaces within Santa Monica at Palisades Park.