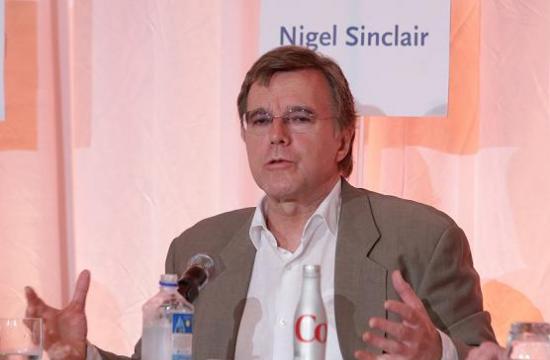 The American Film Market presented two panels as part of its Finance Conference on Friday inside the ballroom of the Fairmont Miramar Hotel & Bungalows in Santa Monica.

The first panel titled “Current Issues in Film Finance,” brought leading CEOs, filmmakers, financiers, and executives together to explore the state of independent film financing, emerging trends, where the money is, and what the future holds.

At the panel moderated by Akin Gump Strauss Hauer & Feld LLP partner P. John Burke, Open Road Films CEO Tom Ortenberg told the audience it was not a one size fits all formula for films.

“Not every title should go out wide theatrically,” Ortenberg said. “Some will benefit economically and on an exposure basis by going day and date.”

Ortenberg said there was still a viable art house market, but overall the margins are being challenged by increasing media costs, audience fragmentation, increased P & A, and shrinking circulations.

“For an art house film, newspaper reviews are very important,” he said. “So, the art house theatrical distribution business is as challenged now as it has ever been.”

Exclusive Media Co-chairman and CEO Nigel Sinclair said China was a very important, strategic market for his company and an important long-term partner.

“The difficulties we currently face are the changes in taste, digital disruption, and the decline of sales in certain international territories, but there is still an equity market that is buoyant and vibrant for the right projects,” Sinclair said.

“Exhibition and distribution must converge. That is the only way to solve the problem. If you treat talent as equity contributors it can help bring them on board and make them feel a certain ownership of the film.”

Graham Taylor, William Morris Endeavor Head of Global Finance and Distribution Group, said there were different ways to go about releasing a film.

“Going to the theaters as a family can be expensive and to have that rush of feeling like you are an early adopter of a movie through a VOD (Video On Demand) option is attractive to people,” Taylor said. “For art house titles, social media gives me hope as a way of marketing without relying on TV spots or newspaper spots. Digital conversions can help level the playing field by avoiding the costs of physical prints and help the art house division.”