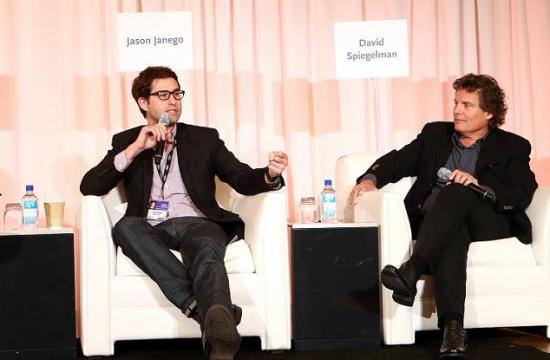 The American Film Market presented its Video-On-Demand Conference on Monday at the Fairmont Miramar Hotel & Bungalows in Santa Monica, which consisted of two panels.

The first panel, “Navigating the VOD Landscape: What Every Producer Needs to Know,” brought forth producers and distributors to disclose who is making money in the VOD revenue stream, how they are doing it, and what the future holds – separating fact from fiction.

This panel was moderated by Amy Friedlander Hoffman, President of Priority Digital Media.

“The move to digital distribution gives you complete control over letting the most lucrative model go out first,” Adams said.

RADiUS-TWC Co-President Jason Janego said getting your talent to understand that VOD is an exciting platform to be on is huge to getting them on board with release strategies.

“VOD in Hollywood used to be a dirty word, a bottom feeder,” Janego said. “There is a stigma that exists that we are trying to eliminate because it is a great platform for the future.”

Lightning Entertainment President Robert Beaumont said, “In territories where piracy is not enforced very well, windowing is a great strategy to limit the affect piracy has on the monetization strategy.”

Relativity Media Domestic & Digital Distribution President David Spiegelman said, “We live in an app-oriented world today, so having a library for portable devices is important. The industry needs to get behind this.”

The second panel, “VOD Release Strategies: Finding Your Film’s Digital Clique,” discussed how to find and select the digital platforms that will deliver the most enthusiastic audience for each film.

This panel was moderated by Dana Harris, Editor-in-Chief, Indiewire.

“Technology cycles are getting faster and the cable-VOD gatekeepers are getting tougher on which films are getting in,” Bowles said. “Today, smarter audiences are gravitating towards television and as a result, VOD films need to have quality just to compete and get on TV.”

“Having it there pervasively will train consumers that indie movies are something they should be searching through,” Benders said. “For an independent film that does not have a big marketing budget, a platform like iTunes can change the entire trajectory of what you are going to make on the movie.”

Tribeca Film General Manger Todd Green said there has to be improvement of the user interface on cable.

“We need search-ability and a social element,” Green said. “If we get that, VOD’s perception is going to go up.”