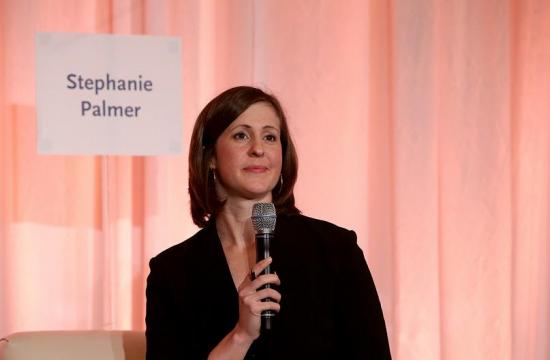 The American Film Market presented its Pitch Conference Saturday at the Fairmont Miramar Hotel & Bungalows in Santa Monica. The panel was moderated by Good in a Room founder Stephanie Palmer.

Volunteers from the audience at the Conference Series were brought on stage to pitch the panel and received unvarnished feedback on each pitch – providing examples of what worked, what didn’t, and why.

Palmer said being able to pitch your ideas quickly is critical to finding success in Hollywood.

“Lead with genre, focus on as few main characters as possible and identify patterns of feedback,” Palmer said. “Identify patterns of feedback. Getting feedback can be scary, but this is one of the most dramatic ways you can improve a project. Pay attention to the details during a pitch: when do they smile, where do they look confused. The more feedback you get the better.”

Exclusive Media Worldwide Production & Acquisitions President Tobin Armbrust said anyone in the film business must tailor their pitches to who they are pitching to.

“Know the type of business they are inclined to do and their personality,” Armbrust said. “All you are trying to do is get someone intrigued, so that they want to hear more about your project. A good pitch identifies genre, tells the beginning, middle and end to a story and has to be something I can envision actually being made. If it is too esoteric, if I cannot see the film in my head, it won’t get made.”