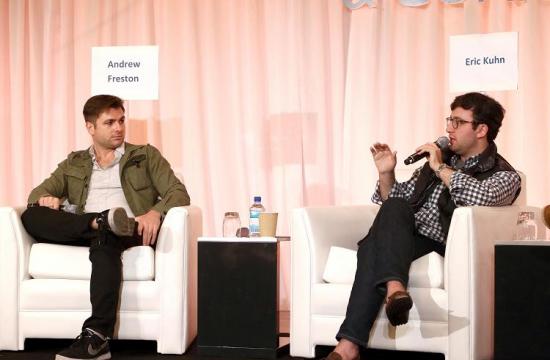 The American Film Market presented its Marketing Conference on Sunday at the Fairmont Miramar Hotel & Bungalows in Santa Monica, which consisted of two panels.

The first panel, “Social Media: Making Friends for Your Film,” brought together social media and marketing gurus behind successful and innovative campaigns to discuss the essentials of creating a digital content strategy, why timing is critical, and how the consumer can be the most effective marketing tool in winning over the broadest possible audience.

The panel, moderated by The Visionaire Group’s Kendra Campbell-Milburn, featured industry leaders, who have collectively represented hundreds of films at festivals around the world shared insider tips on how to make the most out of a film festival experience.

VICE Media Group Director of Business/Creative Development Andrew Freston said social media couldn’t be thought about as an afterthought when you have a digital media campaign.

“It has to be integrated across everything when you are establishing an editorial voice,” Freston said.

“Content is the most important thing for film marketing on social platforms,” Retzik said. “Always let the content lead the way.”

United Talent Agency Head of Social Media Eric Kuhn said, “You are only effective when you are collaborating across all of your platforms.”

“A good viral campaign does three things: it informs, it inspires, and it incites to action,” Kuhn said. “If it does all three of those things, then you are on your way to virality.”

Entertainment One EVP International Sales Charlotte Mickie said there is a difference between the sales agent putting a movie in the festival versus the local distributor.

“It’s a matter of custom more than a contractual thing, but once a film is sold in the territory, the local distributor really has control over the local festivals,” Mickie said.

“If you have an ambition to participate in an A-list film festival, then you are almost certainly going to be disqualified from participating in that festival if you go to any other festival beforehand,” Thompson said.

Fortissimo Films Chairman Michael J. Werner said there is a strategic approach for going in to film festivals.

“You have to decide if you have an artistic film, a commercial film, or an audience film,” Werner said. “You have to decide what kind of film you have and take it to the right festival because certain festivals are better for certain types of films. There are certain regional festivals, like Tokyo, that have international standing and you can use them to great advantage.”

United Talent Agency Partner Rich Klubeck said, “There are festivals other than Cannes, Toronto and Sundance, but I would say that 95 percent of our sales are related to those three festivals.”