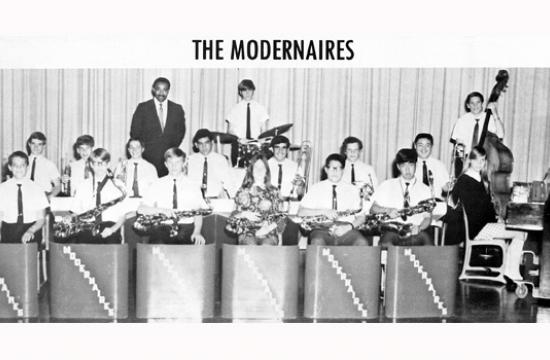 Traveling south at midnight along the Pacific Coast highway from Malibu to Santa Monica felt a lot like it did when we all grew up together in the late 1960’s and early 1970’s.

This nighttime passage took place after a great showing of alumni from the Santa Monica High School class of 1972 at our 40th reunion at Dukes — formerly the Malibu Sea Lion — along the rocky shore line of Santa Monica Bay.

At many of the tables that evening were no less than a dozen of a core group of friends whose bonds were formed in a music room with big sound and a timeless mentor, musician, and our director — the late Artis Brewster, Sr.

Reminiscing and walks down memory lane are always natural at a reunion but our collective thoughts seemed to go beyond our high school years only to arrive at a place where are character was shaped and nurtured just in time for the beginning of our life’s journey.

Forty years of the journey in the books-we were all thankful that it had started with Brewster.

Although he regrettably passed away in his original home of Texarkana, Arkansas on Nov. 23, 2008, we remained honored to have been his students from 1968-69 at his second home of Santa Monica, California at John Adams Junior High School.

His musical and moral foundation of faith, family and friends was established in Texarkana and Eldorado, Arkansas as a band director and trumpet player.

In 1961, after a 1600 mile journey from Texarkana, Brewster arrived in Santa Monica and continued his contributions as a teacher of jazz history at Santa Monica College and six years later as our Band Director.

Brewster was that rare combination of instructors who combine knowledge, discipline and compassion into each day of instruction. His musical knowledge and ability as a trumpet player was on daily display.

In addition to the “typical” high school band portfolio which included Debussy, Mendelssohn, and, Sousa — Brewster would sing the verse, snap his fingers to and occasionally pick up a trumpet himself to make the musical style point with the jazz, blues, or boogie-woogie selection. Sometimes our adolescent attention deficit was called out publicly by Brewster not to punish but to calibrate, because time was a wasting and impacting our sound and performance preparations.

And what performances they were.

Family, student, community, and the seminal destination for every musician in the Santa Monica school system-the Stairway to the Stars program which was held annually in the spring at the Santa Monica Civic Auditorium just after the Academy Awards Presentations.

Brewster prepared us to perform at a higher standard.

These higher standards that he shaped are a big reason why this brief recollection is written.

That drive down PCH and our reunion along the bay while looking back at Santa Monica jogged our collective memory and my classmates thought it is the right thing to do to recall Brewster, and underscore his contribution to our lives and to his profession.

He remains a significant figure in our lives and his love of music and consequential talent kept us “plugged-in” in our music laboratory and destination between classes- the John Adams Junior High band room.

Brewster brought music alive in his journey to shape the future by molding, mentoring, conducting and directing our talents.

This was one of our most significant character development pathways.

Unbeknownst to us at the time, there were two musically important events in his life that shaped his character that remain visible and historic places to remember.

In 1946 Arkansas, a band featuring 18 year old trumpeter Brewster, made history when at the Texarkana Municipal Building Auditorium became the first place in Texarkana for a mixed-race stage performance entitled “The Evolution of Jazz. That auditorium has now been nominated to the National Register of Historic Places and cultural gathering place for Texarkana.

In mid-1960’s Southern California, the center stage welcomed the appearance of John Adams Junior High Band Director Brewster on the way to the podium, an orchestra’s performance and a little history as he would become the first African-American to conduct at the Santa Monica Civic Auditorium.

Our place for his trumpet playing, and occasional “Baby, Baby…..”when he wanted to make a point and big smile when we got it right remains the John Adams Junior High School band room.

That common destination for Brewster and his students.

Maestro, we just wanted you to know that you meant something to us and made a difference in our lives.

Your music still lives within us and we thank you for making the journey from Texarkana all those years ago.

Robert Wells grew up in Santa Monica and attended John Adams Junior High. He recently retired as a U.S. Navy captain and Operation Enduring Freedom veteran. He commanded two U.S. Navy ships and served at the White House, National Security Council, and State Department during the Bush (43) and Clinton administrations.