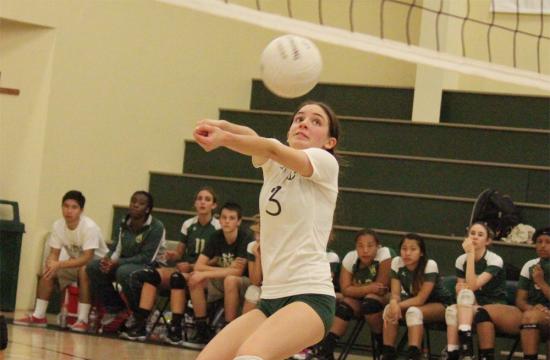 The St. Monica Mariners volleyball team beat the Katella High School Knights (6-11) in three straight sets 25-17, 25-16, and 25-20 in the first round of the CIF Southern Section playoffs at home Tuesday night before losing to Shadow Hills in the Second round Thursday night.

“They came out with a lot of energy and I was really excited that they took the challenge,” said Gonzalez. “They came out strong instead of being a little bit low on energy like we have been in some of the past matches so I was excited for them.”

Gonzalez thought everybody did well and that the Mariners team combination was good against the Knights.

Gonzalez also thought that libero Blake Springer stepped up her game in the match and that contributed to the first playoff victory.

With the win, the Mariners advanced to round two of the playoffs but lost 3-1 away against Shadow Hills Thursday, Nov. 8 to bring their season to a close.