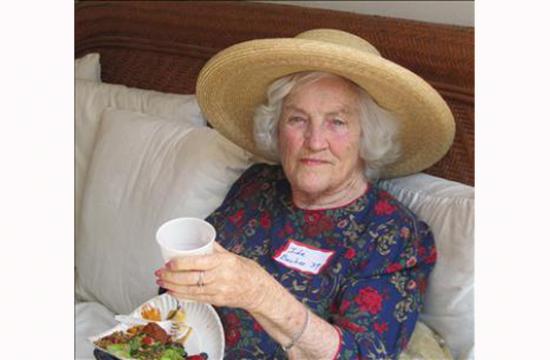 A memorial service has been set for Saturday, Nov. 17 for Ida Bucher — a former Santa Monica College Instructor in Child Development and long time volunteer and community activist who passed away Sept. 30.

Ida, born June 8, 1918, has been a tireless advocate for young children, people, and children with special needs (mainstreaming children and adults into her school well before it was done), empathized with parents, providing free parent education and offered her distinctive insight about children to anyone who would listen.

Her entire professional life and ultimately all of her volunteer contributions to the community were a swan song dedicated to making the world a better place.

In 1962 Ida returned to paid work initially, as a substitute teacher for Santa Monica Unified School District, and as a Research Associate for the Children’s Home Society Adoption Agency in Los Angeles.

In 1963 Ida became director of the pre-school and Parent Education Projects of Neumeyer Foundation, in Venice. This project was a forerunner to the Johnson Administrations “war on poverty.” Shortly after this, in 1965, Ida became coordinator of Operation Head Start for West Los Angeles County.

In 1967 she was asked to become director of the First Presbyterian Church Nursery School, of Santa Monica, California, a position she held until 1984. This program became one of the leading pre-schools in Santa Monica under Ida’s direction. At the same time, from 1969-1985 Ida also was an Instructor of Child Development and Parent Education, three nights a week, at Santa Monica College.

Ida served on many other boards and organizations which are too numerous to list (Children’s Place in Ocean Park, Parent Infant Care Services, Connections for Children, and Step Up on Second, to name a few).

In her spare time, Ida was very active in her local Smith College Alumni Club throughout her life.