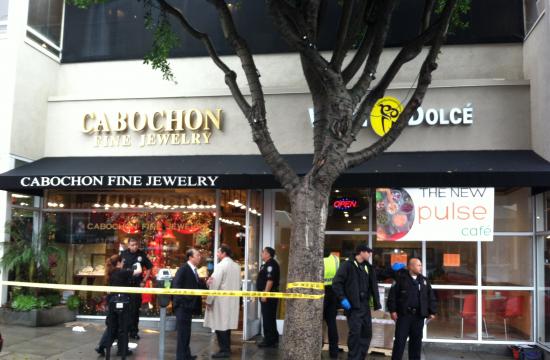 Santa Monica police are searching for two African-American males who used pepper spray in a burglary at Cabochon Fine Jewelry at 1426 Montana at 1:25 p.m. Friday.

SMPD Sgt. Richard Lewis said the two suspects entered the store wearing gas masks and pepper sprayed all six people inside, of which two were employees.

Paramedics with the Santa Monica Fire Department treated the six victims at the scene.

Lewis said the investigation is ongoing and did not have any further information on the descriptions of the suspects.