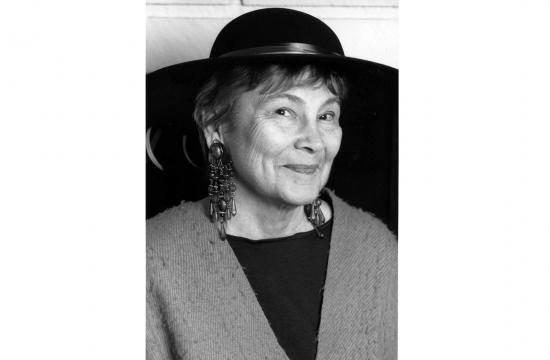 Shirley Windward, beloved co-founder of Windward School in Los Angeles that had origins Santa Monica in the early 1970’s, passed away on Oct. 31. She was 93.

A pioneering woman of many gifts, she taught English for more than 40years, published several volumes of poetry, short stories, and novels, and sang in a madrigal choir. But it was her tireless efforts to establish and nurture the growth of her namesake school that left an enduring legacy in the lives of numerous families across Los Angeles.

“We are greatly saddened at the news of Shirley’s passing,” said Tom Gilder, Windward’s Head of School since 1987. “And, yet, while we share this tremendous feeling of loss, we know that Shirley’s vision will forever remain at the heart of what makes Windward School special. Though she is no longer with us, her greatest legacy – the ideals and principles she upheld and exemplified – lives on with every member of our learning community. Shirley’s enduring spirit and intellectual spark will be a part of Windward School forever.”

Shirley Della Weimar was born in Washington D.C. on January 10, 1919, the eldest of three sisters raised by her parents, Della Jost and Albert Weimar. In the years after the first World War and the Great Depression, the family moved from state to state to accommodate Albert’s job opportunities, eventually settling in Wisconsin. During Shirley’s formative high school years, she discovered a skill and passion for storytelling that would come to define her life.

Active in her high school newspaper and exploring a budding love for poetry, she moved on to the University of Wisconsin, which she would later describe as “the delight of my life, a breath of fresh air, the open door – all the grand clichés put together.” During her college years, she not only earned her bachelor’s degree in English, but also met the love of her life, Erwin “Erv” Windward, whom she married in 1942.

The Windward family settled in Santa Monica in the late 1940’s with UCLA as a newfound anchor in their lives. There, Erv began teaching in the music department and Shirley pursued her studies in teaching, receiving a Master’s degree in English.

Over the years, the couple immersed themselves in the culture of Los Angeles, carving out a niche with a circle of friends who shared their mutual love of learning and the arts. For 10 years, Shirley Windward taught English at Paul Revere Junior High School, inspiring students with her trademark curiosity, wit, and affection. A young colleague, Carl Parsons, shared not only her joy for teaching, but also her deep belief in recognizing the importance of each student’s gifts, hopes, and dreams.

In the changing educational climes of the early 1970’s, several independent schools opened on the Westside of Los Angeles. Each offered different options and approaches that were based on contemporary thought and the latest innovations in pedagogical practice. With shared vision, Shirley and Carl sought to establish a new school that would instill the joy of learning in every child. From its inception, Windward School was created to provide a dynamic educational program to students in a caring and nurturing environment.

After introducing their ideas to local families and securing space in a small building on Wilshire Boulevard in Santa Monica for the new campus, Shirley and Carl opened Windward School in the fall of 1971 with an inaugural group of 68 students. Three years later, the School received its first, full six-year accreditation as a college-preparatory institution from the California Association of Independent Schools (CAIS) and the Western Association of Schools and Colleges (WASC).

Elliot Gordon ‘74, was among the first group of students to enroll at Shirley and Carl’s pioneering new school. Today, he not only serves as the Chair of Windward’s Board of Trustees, but is also the parent of a second generation Windwardian – his own son, Daniel, graduated from the school in 2010. “Shirley was an inspiration not only to me, as well as to my son, but to every student whose life she touched,” he said. “Her courage in creating a school from whole cloth helped change the educational landscape in Los Angeles, and changed the lives of its many students. And while Windward School has grown far beyond what Shirley could have imagined when its doors opened in 1971, it is still animated by her vision of what education can and should be.”

Her achievements in the field of education were complemented by her boundless capacity for storytelling, zest for world travel, and eclectic love of music. A widely-recognized poet since the 1960’s, she published numerous volumes of verse, wrote novels, and performed recitations of her work in a variety of public venues.

After her retirement, she remained a frequent presence at Windward School, often visiting campus to attend events, speak to classes, and spend time with adoring students. For many years, she composed a new poem for each class of Windward’s graduates, a tradition she continued for the Class of 2012. In the weeks before her passing, Shirley participated in the School’s Homecoming festivities, greeting both the youngest students as well as multi-generational families that had been touched by her pioneering educational vision.

Windward School plans to hold a celebration and remembrance of Shirley’s life for its extended community on Sunday, Nov. 11, 2012, beginning at 3:30 p.m. More details are available at www.windwardschool.org/shirley.