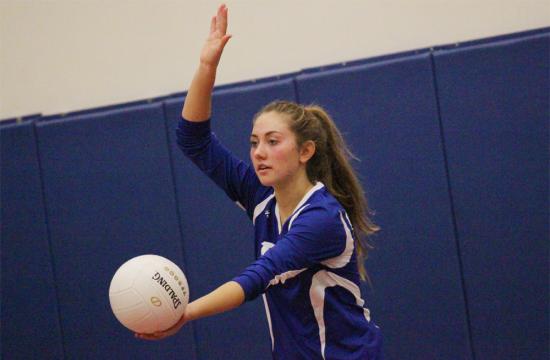 Pacifica Christian defeated St. Anthony in the CIF semi-finals in volleyball with the Seawolves winning three out of four sets 25-18, 25-18, and 25-21 with the second set handed to the Saints 25-23.

With the win the Seawolves advance to the finals.

Pacifica Christian Head Coach Billy Allen thought that the defense of the Seawolves brought about the victory over the Saints.

“Our defense got much better as the match went on,” said Allen.

Allen credited Amber Berk as having her best game of the season and Kiani Lane as having a good game “running everywhere and making plays as usual.”

Next game for the Seawolves is away against Rolling Hills Prep at Cypress College Saturday at 2 p.m.