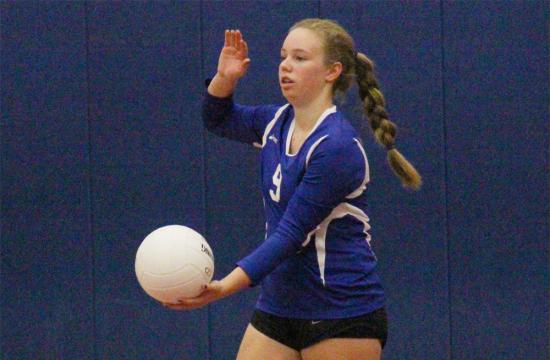 With the win, the Seawolves advanced to the second round of the CIF playoffs where they won against Cate (6-5) Thursday night.

Pacifica Christian’s Head Coach Billy Allen thought that the Seawolves served strong in the victory against the Falcons and “took care of business.”

“It was a strong serving night for us,” said Allen. “Grace Minchin got her jump going and lead us on some big runs.”

Duarte attempted to come back in the second set but was stopped short of winning the set 25-20.

Allen was happy the Seawolves were able to win without their outside hitter Gen Hook.

“We went in without Gen Hook who was sick,” said Allen. “Freshman Maddie Reasner filled in as outside and played steady the whole match.”

Next game for the Seawolves is Saturday against Archer (15-3) at Crossroads High School at 5 p.m.