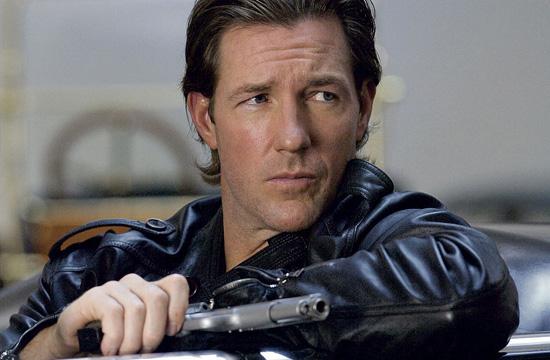 Edward Burns’ filmmaking career began with “The Brothers McMullen,” a tender character-driven story about three Irish Catholic siblings. Burns wrote, produced, directed, and starred in the film which received an avalanche of critical acclaim, winning the Grand Jury prize at the 1995 Sundance Film Festival as well as the “Best First Feature” at the 1996 Independent Spirit Awards.

Some of his subsequent films, which he wrote, produced, directed and starred in include: “Sidewalks of New York,” “She’s the One,” “Life or Something Like It,” “Looking for Kitty,” “Newly Weds, “Nice Guy Johnny,” “The Groomsmen,” and “Purple Violets.”

His cinematic breakout as an actor was in Steven Spielberg’s epic World War II portrait, “Saving Private Ryan,” elevating his status to a bankable movie star. Since then, Burns has acted in dozens of films including “Man on a Ledge,” “15 Minutes,” “27 Dresses,” “Friends With Kids,” and his latest, “Alex Cross” in which he co-stars with Tyler Perry, Cicely Tyson, Jean Reno, and Matthew Fox.

Burns recently participated in a press conference to talk about “Alex Cross,” in which he plays a detective, and the following has been edited for content and continuity for print purposes.

Had you read any of James Patterson’s books and what in particular attracted you to the role of Detective Tom Kane?

Burns: I knew Patterson’s books and had read a few of the Alex Cross novels and was aware that the character I would play did not exist in any of the novels. Rob sent me the script and said that he was working on this and that he wanted to make it much more of an action film which would be different from the books and earlier films. He said he wanted to develop this new character opposite Alex who is sort of his best friend. He said he would be working on the script until we shoot and would love to have some input. Anytime a filmmaker says he wants you to collaborate, that gets an actor excited. So that’s why I jumped in.

How would you, as Tom, describe your friendship with Alex (Tyler Perry)?

Burns: There are two scenes in the film that sort of give you some insight into when these two met and how their relationship has evolved from when they were kids to where they are now. The thinking was that we became buddies as kids and when we were little, I was sort of a little bit more of his the protector. As we got older and he got bigger and smarter, he then became the guy who looked out for me and that is what the tone of the relationship is when we meet these characters in the film. In our last scene together in the car we reminisce about how our roles have changed over the course of our relationship.

Was the physical aspect of your role difficult and how did you prepare?

Burns: When you get to play these kinds of parts, there’s always a period of time where you’re doing tactical training. We worked with the guys from the Detroit Swat Team and that’s always a lot of fun.

As it’s so different from any of his previous roles, were you surprised that Tyler Perry was cast in the lead role and how was it working with him?

Burns: I was surprised that he had any interest in stepping outside of his own films. For myself, as a writer, director, actor, that was a big decision, but finally decided I would work for someone else, which is stepping outside your comfort zone. So I was surprised that he was doing it, but when I read the script, I got it immediately why he accepted the role. I’m sure he gets a lot of offers but was looking for the right thing.

How much preparation did it take to nail your relationship with Tyler as Alex Cross?

Burns: Almost none, other than the fact that when we met three days before the shoot and hit it off because we have this common background career wise. The first scene I shot with Tyler is the last scene in the film where we talk about what great buddies we are.

Did you have an opportunity to talk to Tyler about the craft and do you ever second-guess the director?

Burns: I’ll answer the second part first. I had the great benefit of the first time I ever acted for someone else and spoke a lot of dialogue that I didn’t write, it was with Steven Spielberg. When I showed up on that set, I knew I wasn’t going to be offering any suggestions or question where the camera might go. Instead, I stood behind him and watched every move he made and looked at that experience as my graduate film school, and have applied that on every film I’ve worked on since. With Rob, (the director, Rob Cohen) we immediately hit it off. Rob knows how to shoot action and what I did on this film was to watch because that is something I don’t do, (action films) but you never know when you might need that skill set. So, I’m watching and never think ‘why is he making this choice.’ As far as Tyler and I, immediately that was the first thing we started to talk about – our respective careers, the choice to become an actor for somebody else, and sort of juggling those two very different worlds, and since you’re the guy who is usually calling the shots, how to approach being on the set.

Part II next week is an exclusive Beverly Cohn interview in which Burns talks about his personal life, including marriage, his family, and being a celebrity.