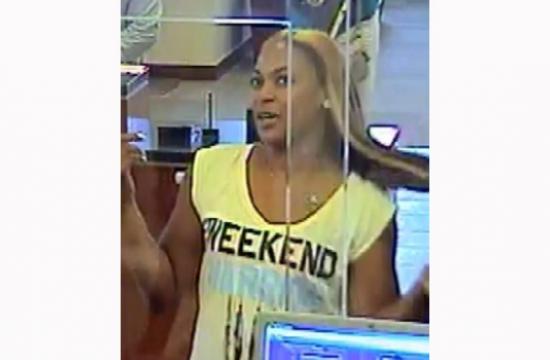 Santa Monica police are urging residents to be on the look out for two scam artists who have been duping customers at the Bank of America branch at 1301 4th Street for thousands of dollars after they unknowingly deposit a fraudulent check in good faith for a small sum of money.

The Santa Monica Police Department has released the surveillance image pictured above in the hope a member of the public can identify one of these check counterfeiting and forgery suspects.

Since the start of this September, detectives have been investigating four separate cases where one of two suspects, using a ruse, approached victims as they exited the Bank of America branch, and convinced them to deposit a counterfeit check into their own account.

SMPD Sgt. Richard Lewis said victims would then withdrawal cash, equal to the deposit and gives it to the suspects, who in turn give the victims a small sum of money for helping.

“Within a day or two, the victims learn that the check they deposited was fraudulent and they are out the money given to the suspects,” Lewis said. “In each case, the average loss for the victim is $4,000 to $5,000.”

Lewis said the image was captured inside the bank as one of the fraudulent transactions was taking place.