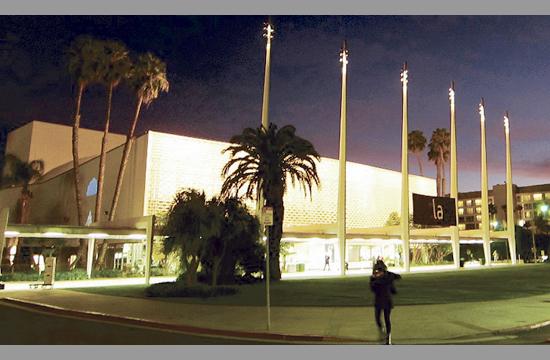 The arts community is a little closer to losing a one-time iconic venue as the City Council voted 6-1 on Oct. 30 to maintain its current policy to close the Santa Monica Civic Auditorium by June 30, 2013.

In what started off as a study session turned into a grim reminder of the dire financial straights that may be in store for the next city council.

“The Civic cannot continue to operate as is,” Karen Ginsburg, the City’s director of community and cultural affairs, told Council members. “The business model relies on consumer shows. (That is) business (that has) basically been falling off. It’s not really a sustainable business model.”

She added City Hall has been looking at a subsidy of “up to $2 million since 2007” and that the Civic Auditorium is “antiquated and need of … major investment.”

The Civic Auditorium may be closed between 18 months and five years, but during that time the venue would still need secured, monitored, and maintained, Ginsburg told Council members. Such maintenance would cost City Hall about $185,000 annually, she estimated.

“It’s an important city landmark,” Lemlein said. “We encourage (the council) to expedite the additional study to come to an informed decision among the options that have been suggested. We see no circumstances under which demolition is an appropriate option.”

Moments later, City Council candidate Frank Gruber said the fact Gov. Jerry Brown cut redevelopment funds and forced Santa Monica’s hand may have actually been a blessing in disguise, as City Hall must now develop a sustainable plan to update the Civic Auditorium instead of writing a check for $50 million to a promoter who does not have “skin in the game.”

During council deliberation, Mayor Pro Tem Gleam Davis said the size of the Civic Auditorium – about 3,000 seats, larger than most Broadway venues – makes it rather difficult for promoters to host events there. Still, both her and her colleagues maintained every attempt should be made to avoid demolition of the venue.

“I think there is tremendous interest in preserving it,” Davis said. “It would be a shame – and probably shameful – to simply board up the Civic and let it sit for an indeterminate amount of time. It will deteriorate no matter how much we try to preserve it.”

Council member Bobby Shriver, however, spoke a little more realistically. He said the loss of redevelopment funds has strong negative repercussions in many aspects of Santa Monica life and affects much more than just the Civic Auditorium. Accordingly, he said while demolition is not something anyone wants, it is an event that may still occur.

“No one likes the idea of demolition, but demolition may actually be necessary,” Shriver said. “We may not be able to afford to keep this open at a certain price. We don’t have the extra money we used to have in the old days. There are significant trade offs.”

He added while the community may prefer to have the Civic Auditorium not be boarded up and left open, but doing so would cost City Hall millions of dollars at the cost of funding schools, for example, saying perhaps the support would not be as strong.

“Serious analysis of the numbers is important,” Shriver continued, adding the $51 million renovation price tag is a large amount but not “undoable.”

Reminding everyone Santa Monica faced the loss of another landmark in the pier almost 40 years ago before it was saved by an unexpected financial source, Council member Kevin McKeown said he hoped the Civic Auditorium also survived its current crunch.

“In the future, we would look back and say, ‘My gosh, you know, they almost lost it like they lost the pier back in 1973.’ But we didn’t lose the pier. I hope we don’t lose the Civic,” he said.

McKeown also said deciding on the Civic Auditorium’s closure at this moment is “premature.”

An interesting point of contention was the possibility of mothballing the Civic Auditorium, something Shriver said was a real possibility.

City Manager Rod Gould said another key issue is that the Civic Auditorium is not up to code with seismic or American Disabilities Act (ADA) guidelines. He also added City staff needs “clarity” – such as the venue going dark – from the council so the necessary preparations can be made in developing the City’s next budget.

The future of the Civic Auditorium will be revisited in January, when the next council begins its consideration of substantive matters.

McKeown was the ‘no’ vote against maintaining the current policy to close the Santa Monica Civic Auditorium next year.