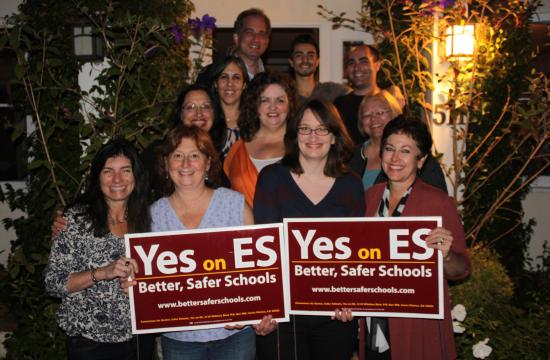 Santa Monica voters showed their passion for local schools on Tuesday, passing Measure ES with 67.73 percent of the vote. It only needed at least 55 percent voter support to pass, which it did easily with 21,981 ‘yes’ votes.

This measure is a $385 million bond, which will be spent on facility improvement projects across the district.

As previously reported in The Mirror, SMMUSD Superintendent Sandra Lyon said if Measure ES passed the school site committees would immediately convene to determine if the priorities at each of the campuses remain the same or if school sites would like to update the project list and priorities.

The other local measure on the ballot, Measure GA, received 60.56 percent voter support on Tuesday with 13,919 ‘yes’ votes.

With Measure GA passing, it means the City Charter will be amended to allow the annual rent control general adjustment to be based on 75 percent of the annual percentage change in the Consumer Price Index, but limited to an adjustment between 0 percent and 6 percent.

Read Friday’s edition of The Mirror to hear from supporters of these measures.